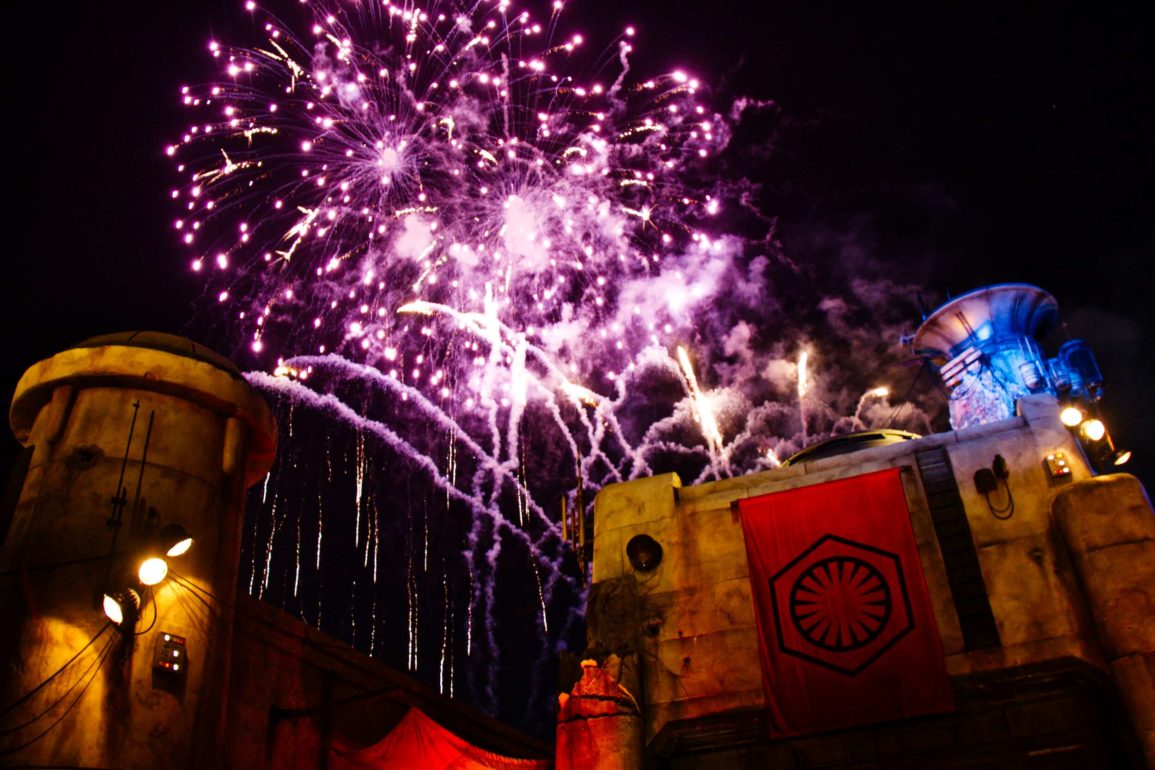 Hey there, hi there, ho there! We headed down to the Disneyland Resort to try out some of the late night food options at Disneyland, and we made some new Avengers friends along the way. So join us for this most recent photo report from both parks.

The new Silleta floral displays in Downtown Disney that promote diversity and inclusion are finally complete with the installation of the final piece, Isabella from “Encanto.”

These are just beautiful and are each dedicated to a different cause, though no placards are displayed to say what each one is.

You can read about what each one represents in our post on them.

Shang-Chi and Ms. Marvel are both out at Avengers Campus now, so we stopped by to say hello and shoot some photos.

Shang-Chi debuted his costume from the film along with the Ten Rings for the first time.

Ms. Marvel is appearing in a costume we haven’t actually seen in the show yet, though it is her signature costume worn in the promotional posters.

America Chavez stopped by to say hello to the new recruits as well. You can see our whole interaction with all three heroes on our YouTube channel, or by clicking the video below:

We stopped into the Troubadour Tavern in Fantasyland to try the new items on the Lion King-inspired menu to accompany the return of “Tale of the Lion King” in the nearby Fantasyland Theatre. Follow the link for more photos and thoughts, or check out our video review below:

And over in Tomorrowland, we got to party the night away with the characters at Stitch’s Interplanetary Beach Party Blast. This four-hour-long dance party has a revolving door of character friends stop by, from Clarabelle and Horace, to Goofy, to Dale and Clarice, and even the main experiment himself, Stitch.

You can watch the first full rotation of the night on our YouTube channel, or right here:

At the nearby Galactic Grill, a specialty item has debuted on their Dance Party menu — Hawaiian-style Tenders. We tried this before heading over to Red Rose Taverne in Fantasyland for their late night offerings as well.

Red Rose Taverne features a trio of new waffle fry based dishes — two poutines and chili cheese fries that are also labeled poutine. Follow the link for more photos and thoughts, or check out our video review right here:

After filling up on fries and chicken tenders, we headed to Batuu. It’s a beautiful place at night, when the lightsaber street vendors begin plying their wares.

We were just in time to catch the Disneyland Forever fireworks show over the Millennium Falcon.

As cool as it is over the Falcon, there isn’t a bad view of the show anywhere in the land.

Here’s a pro tip for all you readers out there — the best time to take pictures of the castle at night is just after the fireworks. During the show, the bridge is roped off for safety, and it takes a little while to get the area cleared for guests again, meaning that you have a short window to get that perfect castle shot at night with nobody walking around in the background.

It sure was crowded this evening, and this is why — today is the official 50th anniversary of the Main Street Electrical parade. We got the commemorative dated shirt, of course, and had to take a peek at the parade again to mark the occasion.

Even after 50 years, it never gets old.

One final parting shot from Refreshment Corner on Main Street, U.S.A. The famous (or infamous) red and white bulb in the background is the focus of this shot, but the stained glass Coca-Cola light in the foreground is just as interesting.