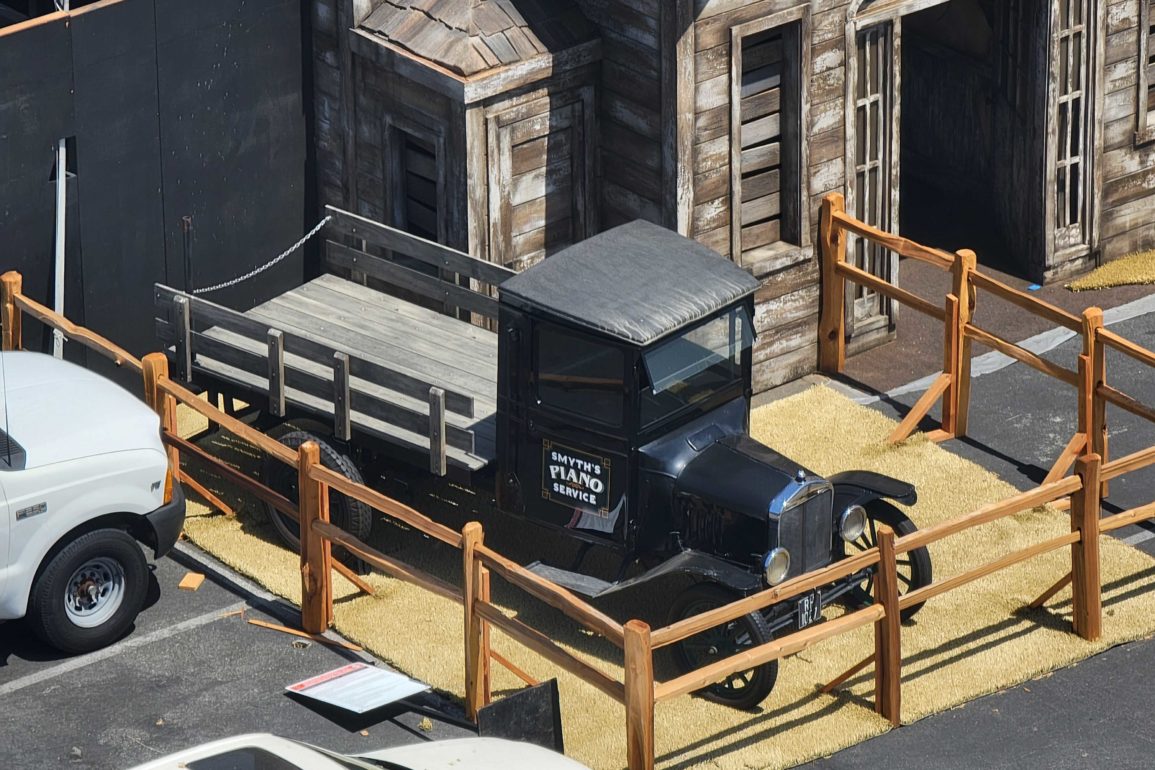 Crews have added more props and set pieces to one of the Halloween Horror Nights houses under construction at Universal Studios Hollywood.

Two houses are under construction in the Curious George parking lot.

We previously saw a well and wagon placed outside this house, which is rumored to be Scarecrow-inspired.

The front entrance looks like a dilapidated farmhouse, with fenced-off areas to either side of the front door.

An old-fashioned pickup truck for “Smythe’s Piano Service” is now parked in one of the fenced-off sections next to the entrance.

The other tent in this lot is likely for An American Werewolf in London. The façade has been painted to look like white wood with a stone roof. A plywood awning juts out from the front.

What house are you most hoping to visit during Halloween Horror Nights at Universal Studios Hollywood this year? Let us know in the comments!