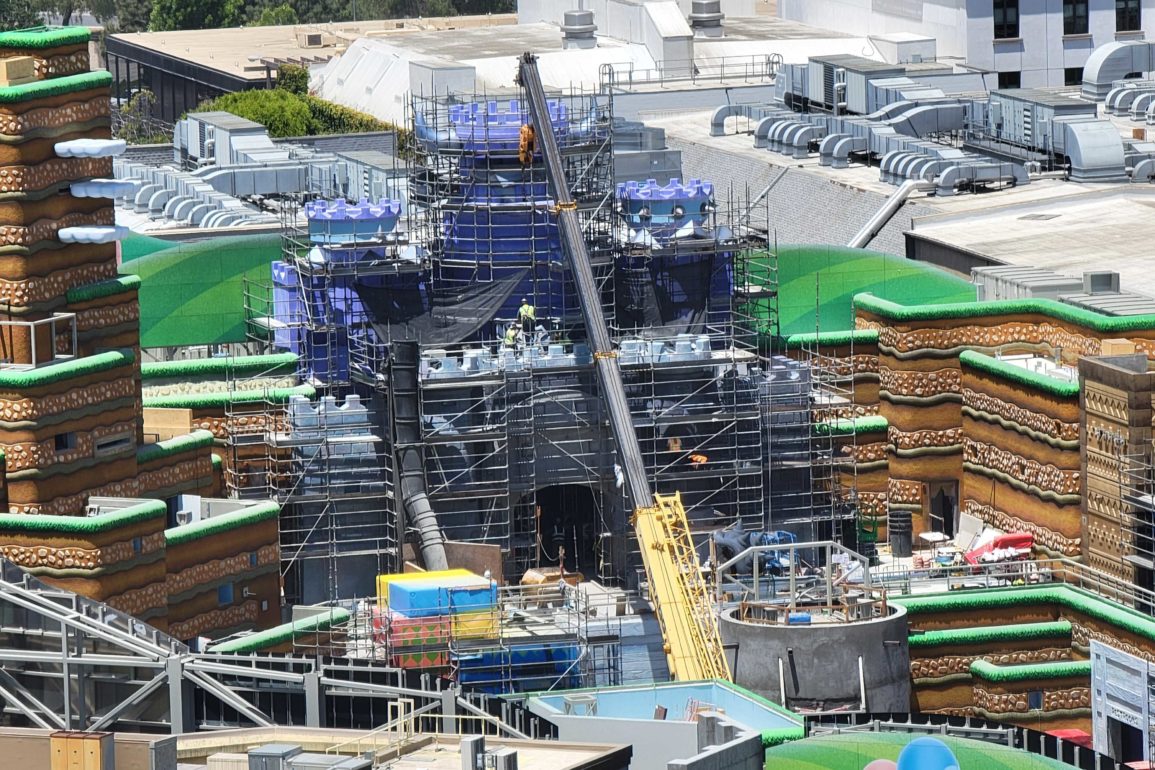 Super Nintendo World will open at Universal Studios Hollywood in early 2023, but until then, we continue to check up on the land’s construction.

Super Nintendo World is visible from the escalators between the two Universal Studios Hollywood lots.

Crews have removed scaffolding from much of the land, revealing themed elements.

There is also some scrim and scaffolding directly behind the entrance.

Beneath the pyramids, some scaffolding remains around blue blocks.

A large crane is parked in the center of the land, in front of Bowser’s castle, which is where work is now focused.

The building behind Mount Beanpole has yet to be completed. A large piece of black scrim hangs over it.

Fake stones are now visible on the front of Bowser’s castle.

Purple and blue weather-proof sheathing is still exposed on the top half.

We could see some crew members on the ramparts during our most recent visit.

On the ground, construction walls block the future entrance to Super Nintendo World. Universal has removed “opening 2023” from the wall, and will presumably replace it with “early 2023” or eventually an exact opening date.

Walk around Super Nintendo World in Universal Studios Japan with us in the video below: