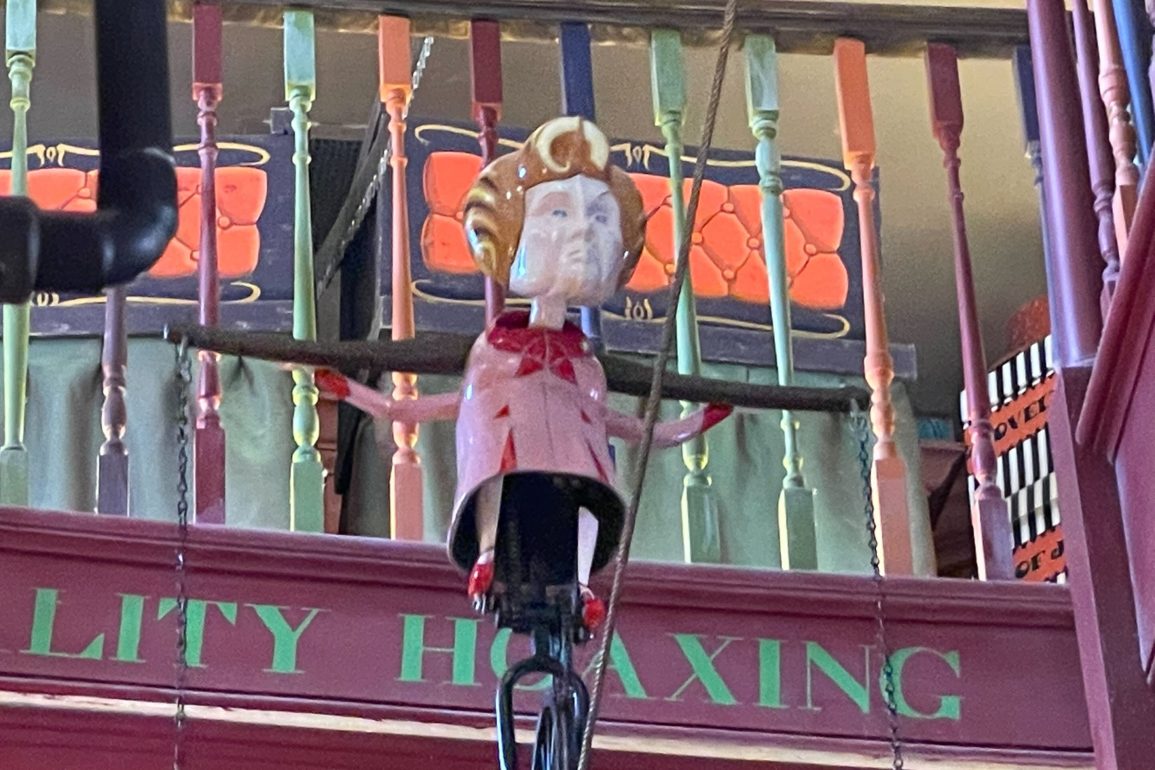 A display of the unicycling Umbridge toy has returned to Weasleys’ Wizard Wheezes in The Wizarding World of Harry Potter – Diagon Alley at Universal Studios Florida.

Umbridge has been missing since at least February.

The balancing toy rides a unicycle back and forth along a tightrope between two railings in the ceiling of the store.

The toy is available for purchase in the shop and the display version helps guests understand what it does.

It also adds a fun kinetic element to the chaotic environment associated with Weasleys’ Wizard Wheezes.

The toy was seen in the “Harry Potter and the Half-Blood Prince” film. It is based on the much-hated character Dolores Umbridge.

We’re glad to see the unicycling Umbridge toy back in the store!