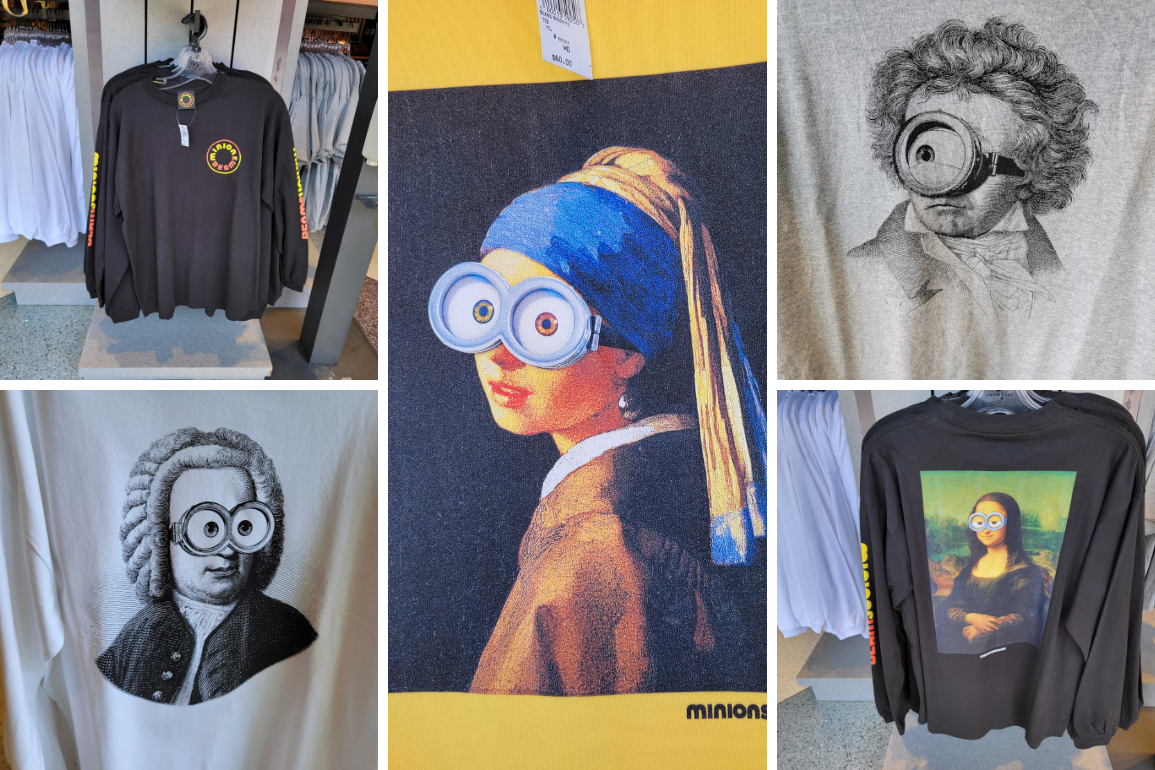 Guests can show off their classy AND fun side by picking up a couple of these shirts from the Universal Studio Store at CityWalk.

This sweater is solid black with only the Beams x Minions logo on the front and the “Mona Lisa” on the back.

The famous painting of “Mona Lisa” has been defaced (presumably by a Minion), and her eyes have been replaced with the classic Minion goggles.

The sleeves have “Beams” written on one side in orange and “Minions” written in yellow on the other.

The “S” that connects the words is half orange and half yellow.

This logo is repeated in a circular fashion on the breast.

The famous German musician has also had his eyes replaced with Minions goggles.

This sweater is plain white with only “J. S. Bach” on the front in black and white.

This light gray t-shirt features Beethoven with his eyes replaced with a singular Minion eye.

The shirt is loose and made from a sturdy fabric.

The painting is in black and white rather than the colorful version we might recognize.

“The Girl With the Pearl Earring” Minion Painting Shirt – $60

The most colorful of the shirts is a bright yellow with a painting of “The Girl With the Pearl Earring” but with Bob the Minion’s heterochromatic eyes.

The back is solid yellow.

Let us know what you think of the Beams x Minions collection in the comments below!

Previous
REVIEW: Embrace the Spirit of Norway and Drink from a Horn at the Keg & Compass Pub Aboard the Disney Wish