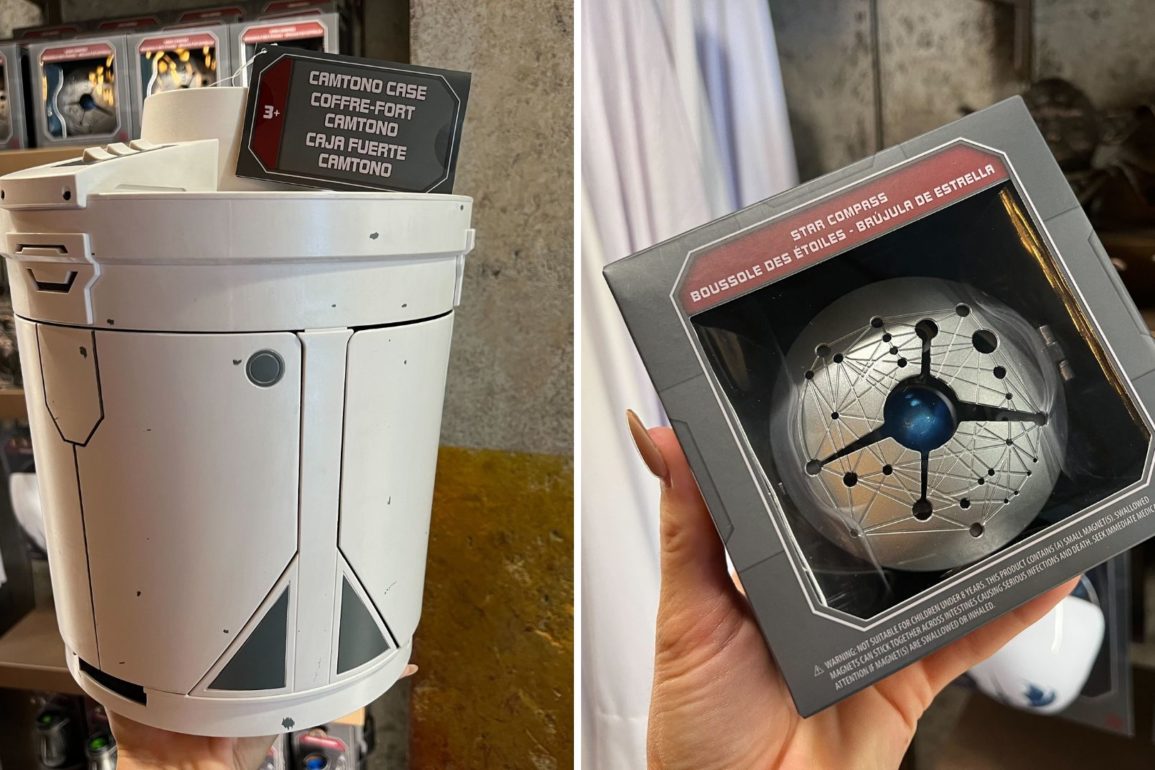 Visitors to Batuu can keep their valuable safe in a new Camtono case and navigate the stars with a new Jedi star compass, both available from Dok-Ondar’s Den of Antiquities in Disney’s Hollywood Studios.

The first Camtono container appeared in “Star Wars: Empire Strikes Back” and the prop was just an ice-cream maker carried by an extra on Cloud City. The appearance gained a cult following and Camtonos made several appearances in “The Mandalorian” and “The Book of Boba Fett.”

The Camtono has three side panels that open to reveal the storage area inside. The interior is lit with a small light on the ceiling of the chamber.

The interior of the chamber is not exceedingly large, just enough room for your most valuable artifacts.

Closing the three panels, the cylindrical case is ready to be transported with its doors locked in place.

The lid has a series of switches and an indicator light next to a handle on the very top. This is the security feature to make sure no Jawas pilfer your valuables.

A secret code can be entered by pressing the switches in series. The code is set to a default series when purchased, but it can be reprogrammed to a custom code with instructions provided upon purchase.

When the code has been entered properly, the indicator light turns green. Then with a twist of the top handle, the doors fall open.

Camtonos are also available at Disneyland.

A Jedi star compass first appeared in Star Wars Battlefront II, but debuted on the big screen in “Star Wars: The Last Jedi.” It is a silver circular compass with star designs etched on the surface.

A blue orb is visible through the top. It sits in the center of the compass when opened.

It’s a little bigger than a standard compass one would usually find on Earth.

Here is the description on the star compass packaging: “An antiquated tool of navigation featuring a supraluminite lodestone attuned to hyperspace vectors. A compass like this was recovered by Luke Skywalker inside one of the Emperor’s observatories on the planet Pillio.” Luke used this star compass to find Anch-To before the events of “Star Wars: The Force Awakens.” His was metal, but this one is plastic. Still, it uses small magnets so shouldn’t be used by young children.

Disneyland guests can also get their own star compass.

Will you be using a Camtono case and star compass during your next journey? Let us know in the comments.