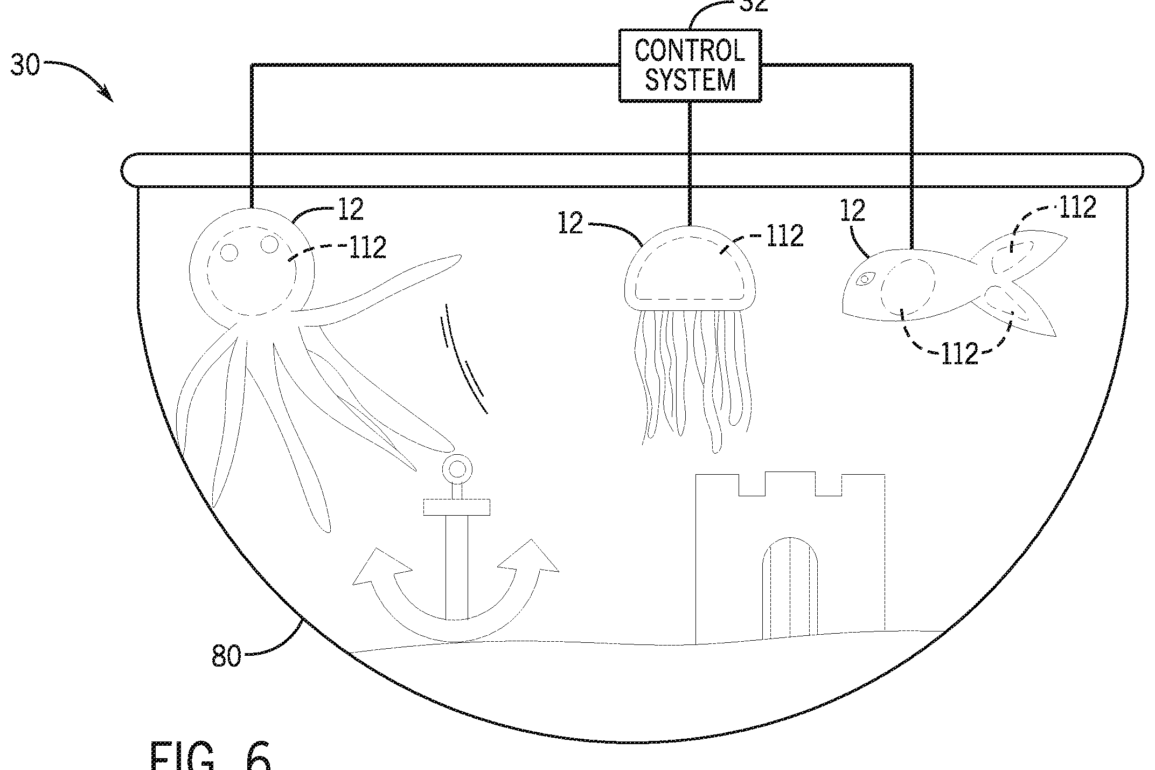 The patent describes how these edible objects would be attached to a container and inflate using a fluid conduit. Here is the abstract:

These systems could sit on a table or be portable and incorporated into dining experiences, rides, and merchandise.

This figure is a schematic of an aquarium-inspired interactive toy that would contain inflatable edible objects. The control system in the figure would, based on data received from a sensor, inflate the objects by directing fluid into them, as well as activate possible special effects.

This one shows an edible inflatable object with a “puppet-style configuration.” Users would inflate this one like a balloon.

Another figure shows edible objects resembling anatomically correct hearts sitting on a tray. We’ve actually already seen these at Halloween Horror Nights in the Tribute Store, as pictured below.

What do you think of these possible edible soft robotic systems? Let us know in the comments.

Next
BREAKING: MagicBand+ to Debut at Walt Disney World on July 27