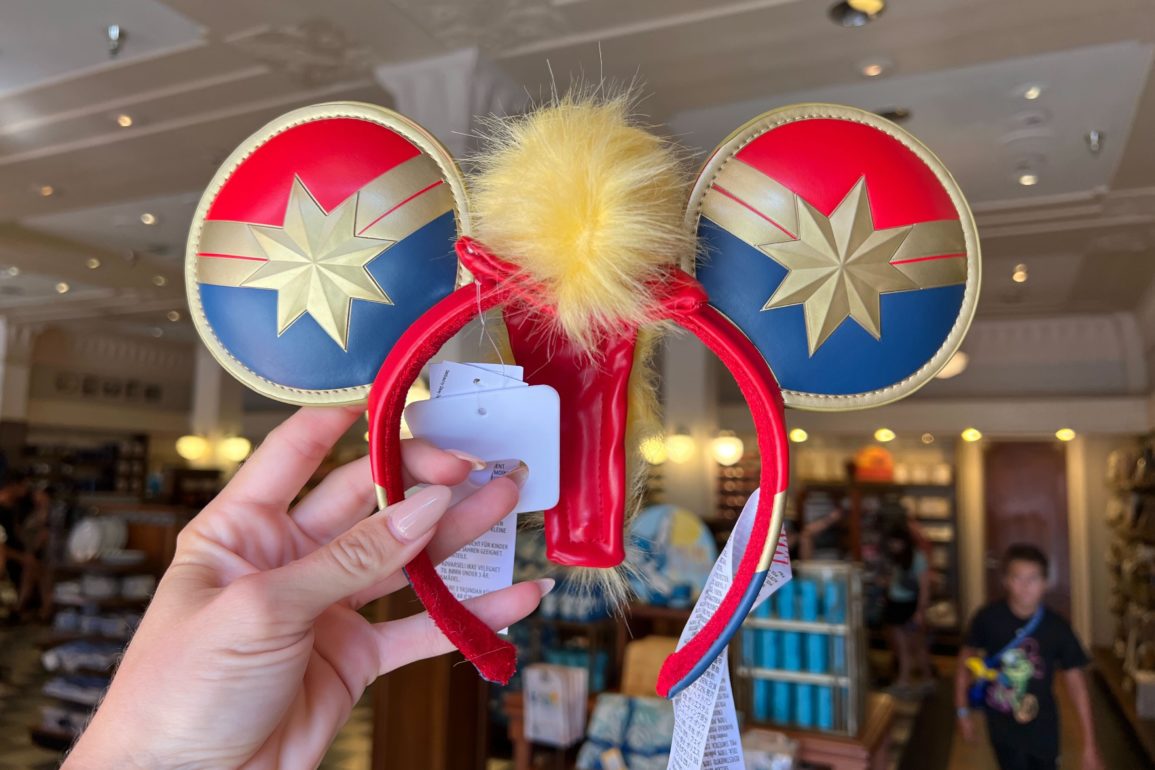 The Captain Marvel ear headband has landed in Walt Disney World after first being released at Disneyland Resort. We found these ears in Celebrity 5 & 10 at Disney’s Hollywood Studios.

Captain Marvel’s star insignia is on each ear. There’s a piece of yellow fluff in the middle to represent her signature blonde mohawk.

The sides of the headband are red, gold, and blue, like her uniform.

The edges of the ears are gold.

The mohawk extends down the back along a red piece that sits on the back of your head.

The backs of the ears are red with gold and white stars. One ear reads, “Higher, further, faster.”

Will you be rocking this ear headband? Let us know in the comments.