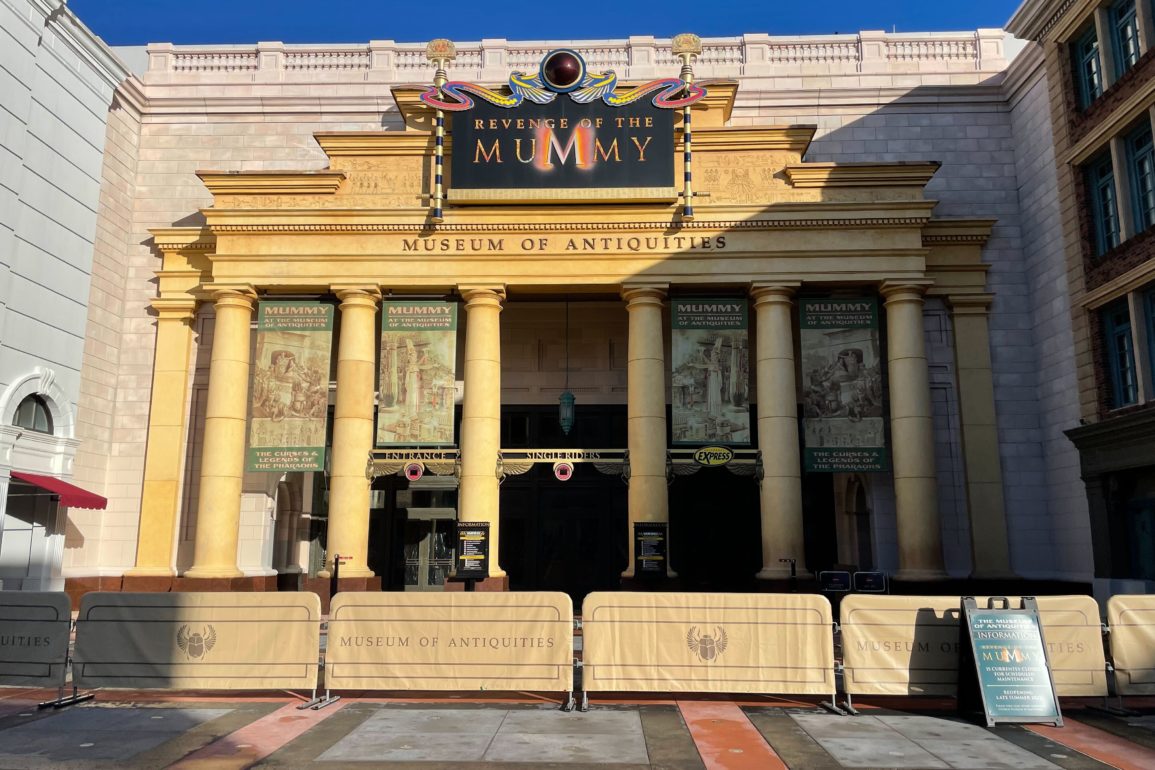 There are no longer construction walls blocking the view of Revenge of the Mummy at Universal Studios Florida.

The ride has been closed for refurbishment since early January.

The barriers read “Museum of Antiquities” and feature scarabs.

Universal has not announced a reopening date for Revenge of the Mummy, but the walls being down is a good sign that the coaster will reopen sooner rather than later.

Plastic remains over the windows of the entrance.

Sahara Traders, the gift shop for Revenge of the Mummy, has been acting as a Classic Monsters Tribute Store during the refurbishment.

It has slowly become more mummified in recent weeks. The Phantom of the Opera figure was most recently removed. The ride’s exit remains blocked, however.