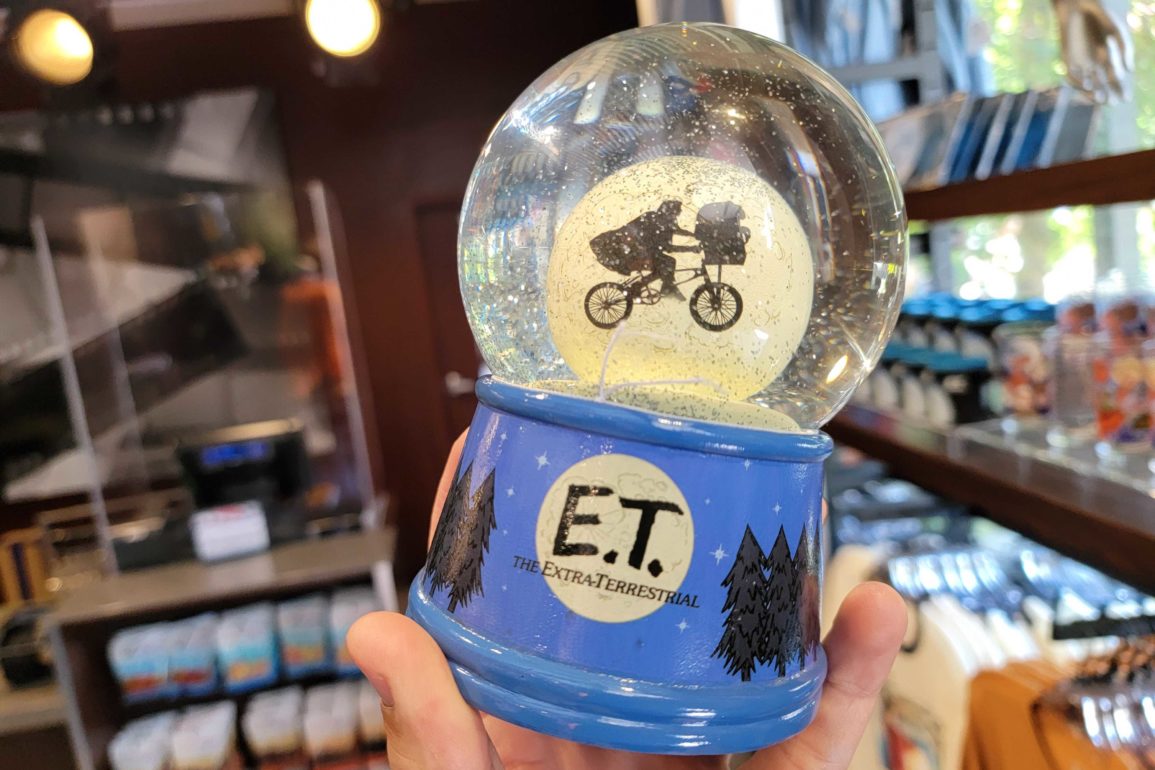 The snow globe has a sturdy base of sky blue painted with pine trees and the film’s name. The globe is entirely clear, and so is the liquid within. At the very center of the globe is a glowing moon with a bicycle silhouette on the front.

The back of the moon is covered in painted craters. The liquid is full of silver sparkles. The back of the base has more bicycle silhouettes and another moon.

The snow globe comes with a 40th anniversary tag.

What do you think of this snow globe? Is it worth the high price? Let us know in the comments below!

Next
DeSantis Likely to Establish Limited Version of Reedy Creek Improvement District, According to Director of Bond Finance