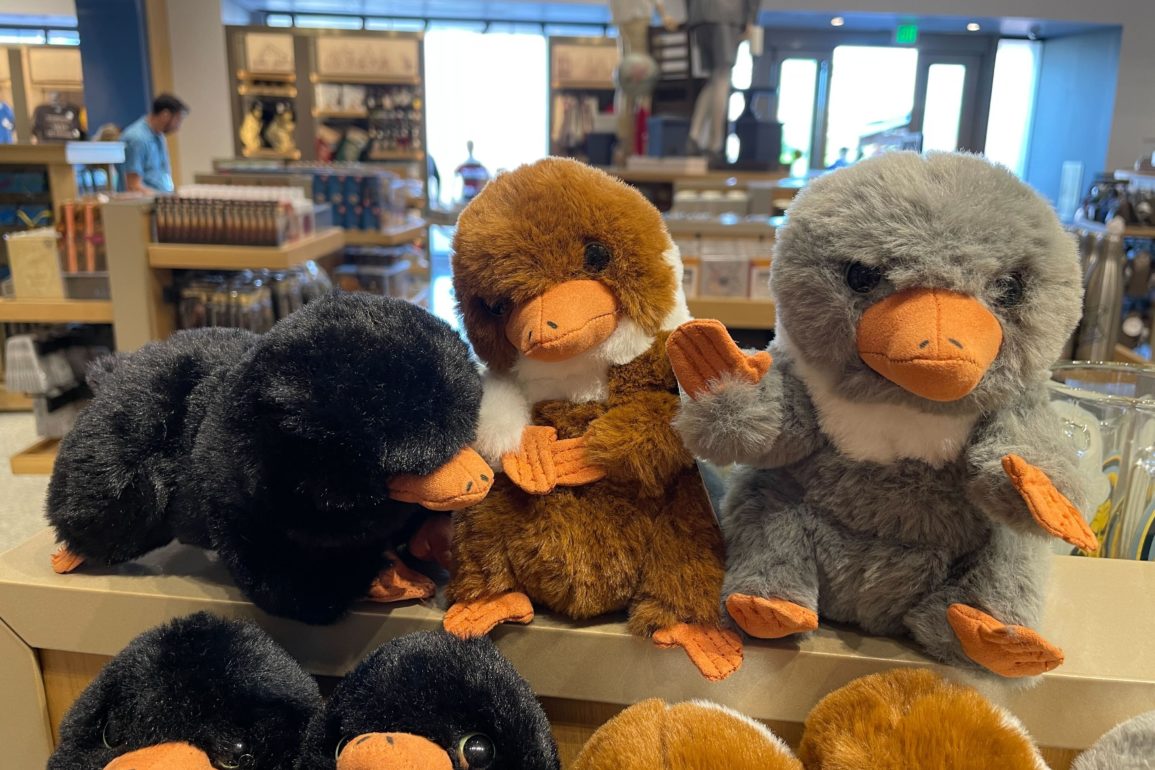 Three new “Fantastic Beasts and Where to Find Them” baby Niffler plush have arrived at Universal Orlando Resort. We found these cute critters in the Universal Studios Store at CityWalk.

There are black, brown, and grey Nifflers. These babies first appeared in “Fantastic Beasts: The Crimes of Grindelwald.”

Each Niffler is in a different position. The brown one has its paws resting on its pouch.

It has one white arm and a white stripe wrapping around its neck.

The black Niffler is solid black, while its paws and mouth are light brown.

It’s in a crawling position.

The grey Niffler has its arms open and an angry expression on its face.

It also has a white stripe around its neck.

Check out the previous iteration of Niffler plush from Universal Orlando Resort.

Will you be cuddling with any of these baby Niffler plush? Let us know in the comments.