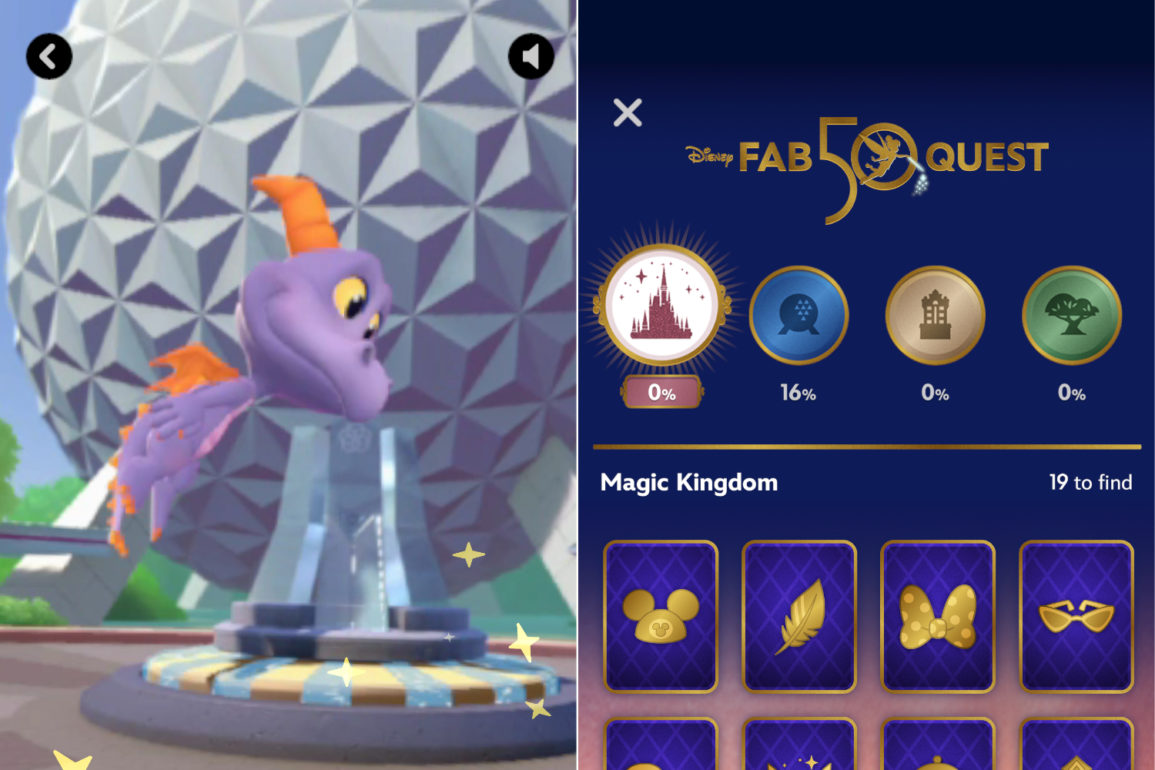 FIRST LOOK: How to Play the “Disney Fab 50 Quest” with Your MagicBand+ at Walt Disney World

Despite not officially debuting until July 27, the MagicBand+ is now able to connect to the My Disney Experience app thanks to a recent update. With this, new features like color themes are available and now, the Disney Fab 50 Quest is live as well. We’re here to help you navigate the newest features of the MagicBand+, starting with this interactive, in-park experience.

The Disney Fab 50 Quest is a game that popped up on the Play Disney app.

Like the image indicates, you will be able to play this game in Magic Kingdom, Disney’s Hollywood Studios, Disney’s Animal Kingdom, and EPCOT. Now that the basics are out of the way, let’s jump into the game.

When you start the game, these instructions pop up. You are looking for 36 golden statues across the four theme parks.

When you get close to a statue, your MagicBand+ will start to vibrate, like the “Hot or Cold” game or Geocaching!

Once you find the statue, you’ll wave your band side-to-side until it vibrates and glows! That’s how you know you’ve captured the character.

From your phone, you can then peek into augmented reality worlds and play with these characters in AR!

There are 36 statues to find and 50 characters to collect. Each of these icons is a hint as to which character you are looking for and where to find them. Clicking on the card will turn over a clue.

Magic Kingdom has the most characters with 19 to find.

Disney’s Animal Kingdom has the fewest with only four.

You can find five at EPCOT.

And seven at Disney’s Hollywood Studios

To find characters, just click on one of those little cards to flip it over and read the clue. From there you should be able to figure out everything you need. Don’t forget your MagicBand+ will vibrate when you get close to a statue.

With just a bit of faith, trust, and pixie dust — you’ll be well on your way to collecting all the golden statues in no time.

When you scan and collect a character, this will appear on your phone and allow you to unlock the AR of that character.

However, if you want that character to come out and play, make sure you are facing a wall or another flat surface before opening the door to peek inside.

Once the door opens, you can take a glimpse into their world!

Here is Figment flying around!

Once you are done playing, you can play with another character or look for more.

Now that MagicBand+ has launched, you can watch our video about setting up your MagicBand+ and playing the Disney Fab 50 Quest below.