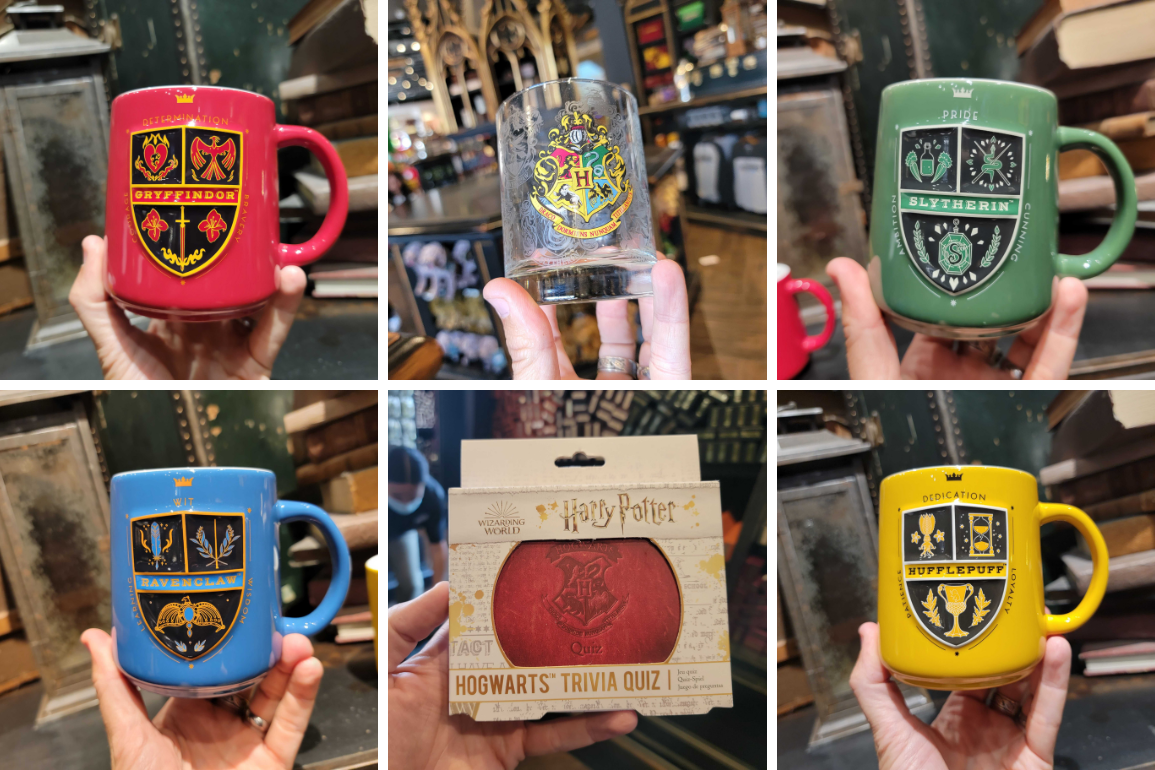 Head Back to Hogwarts with a New Glass, House Attributes Mugs, and Trivia Quiz at Universal Studios Hollywood

Back to school season is just around the corner, which means new Hogwarts merchandise has arrived at Universal Studios Hollywood!

This stately-looking glass features the Hogwarts school crest, complete with the motto, “Draco dormiens nunquam titllandus.” For those who don’t speak Latin, that translates to “Never tickle a sleeping dragon.”

Around the rest of the glass, the crests of each of the four houses are featured in an etching-like pattern.

The opposite end features The Wizarding World of Harry Potter logo in gold, with “Universal Studios” listed below.

For those ready for their first exam of the year, check out this trivia quiz, which offers 200 questions all about Hogwarts.

Also joining the collection are the house attributes mugs, previously seen at Universal Orlando back in March.

The serpent, Slytherin’s house animal, is found on the inside rim.

The three words, and the other elements of the crests, are also found on the reverse side.

The red mug with a phoenix, heart, and flowers is unmistakably Gryffindor, whose crest salutes “determination,” “courage,” and “bravery.”

The lion of Gryffindor is located on the inside rim.

The House Cup and an hourglass are some of the symbols of Hufflepuff, whose yellow mug features the attributes of “dedication,” “patience,” and “loyalty.”

The house animal, a badger, is found on the inside.

Appropriately, a raven can be seen on the inside of the mug.

We found all these items at the Universal Studios Store on the Upper Lot.