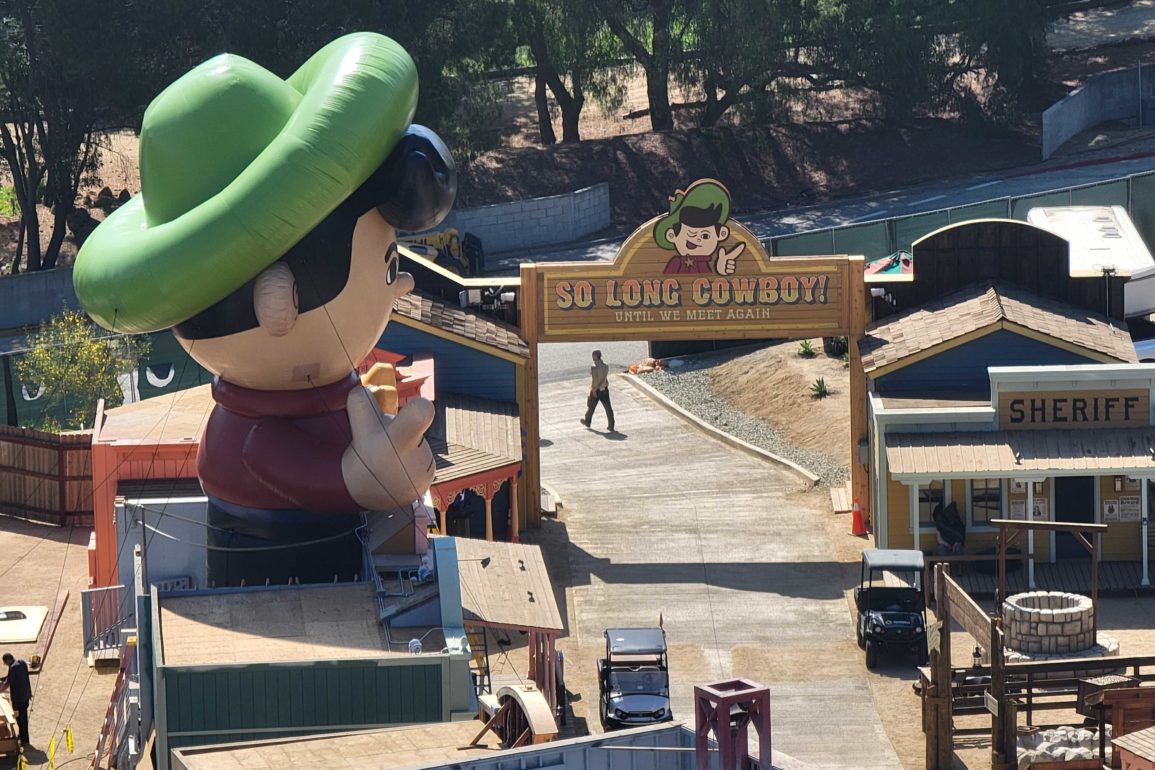 This week we learned that the Jupiter’s Claim set from Jordan Peele’s “Nope” was going to become a permanent fixture of the Studio Tour at Universal Studios Hollywood.

Crews have been reconstructing the Western town set on the Studio Tour backlot.

New to the set this week is a giant inflatable cowboy.

The inflatable seems to be the Jupiter’s Claim mascot. The same boy with a green hat and red shirt is pictured above “So long cowboy!” on the archway.

Other details include a pig atop the sheriff’s office.

We saw various crew members in the town during our most recent visit.

Red and green chairs now sit on the structure at the end of the street.

“Nope” will hit theaters on July 22 and Jupiter’s Claim will open the same day at Universal Studios Hollywood.