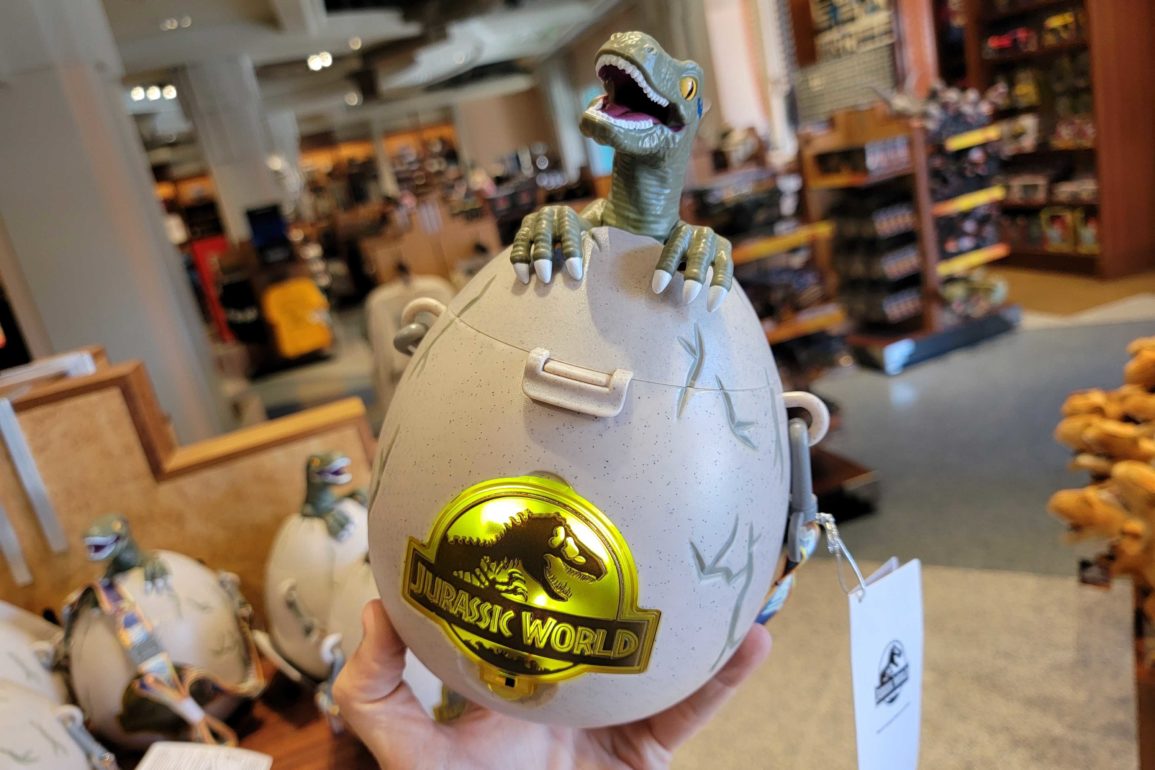 A new “Jurassic World” popcorn bucket shaped like a raptor egg (complete with a baby raptor emerging from the top) is now available at Universal Studios Hollywood.

Comes with the first fill of popcorn free

A tiny Velociraptor is clawing its way out of the egg-shaped bucket.

A Jurassic World emblem on the front lights up. There’s a switch just under the logo.

The light itself is removable to change the batteries. It has the required three LR44 batteries, but you can swap them if it runs out of power.

Here’s what it looks like lit up (during the daytime, at least).

The back of the egg has the Universal Studios logo in the same off-white color as the shell.

The top opens for easy access to your snack.

The strap has the Jurassic World text logo and a photo of a T-Rex.

It comes with instructions for changing the batteries.

Will you be taking this Raptor Egg (Popcorn Bucket) home? Let us know in the comments!