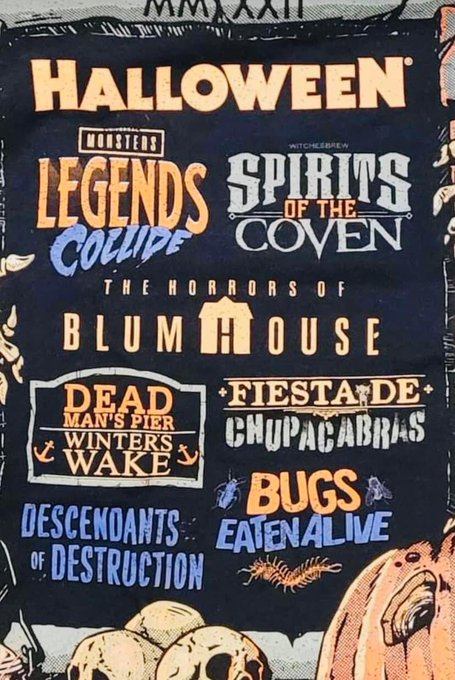 @GravesGhoul on Twitter posted a possible leaked photo of a shirt that reveals eight of the ten Halloween Horror Nights houses at Universal Orlando Resort. If this is true, we’ll be seeing quite the variety of monsters.

Let’s take a look at the potential line-up.

Obviously, several of the house above have already been announced, and all have appeared in various speculation, so it is believed that the shirt is legitimate.