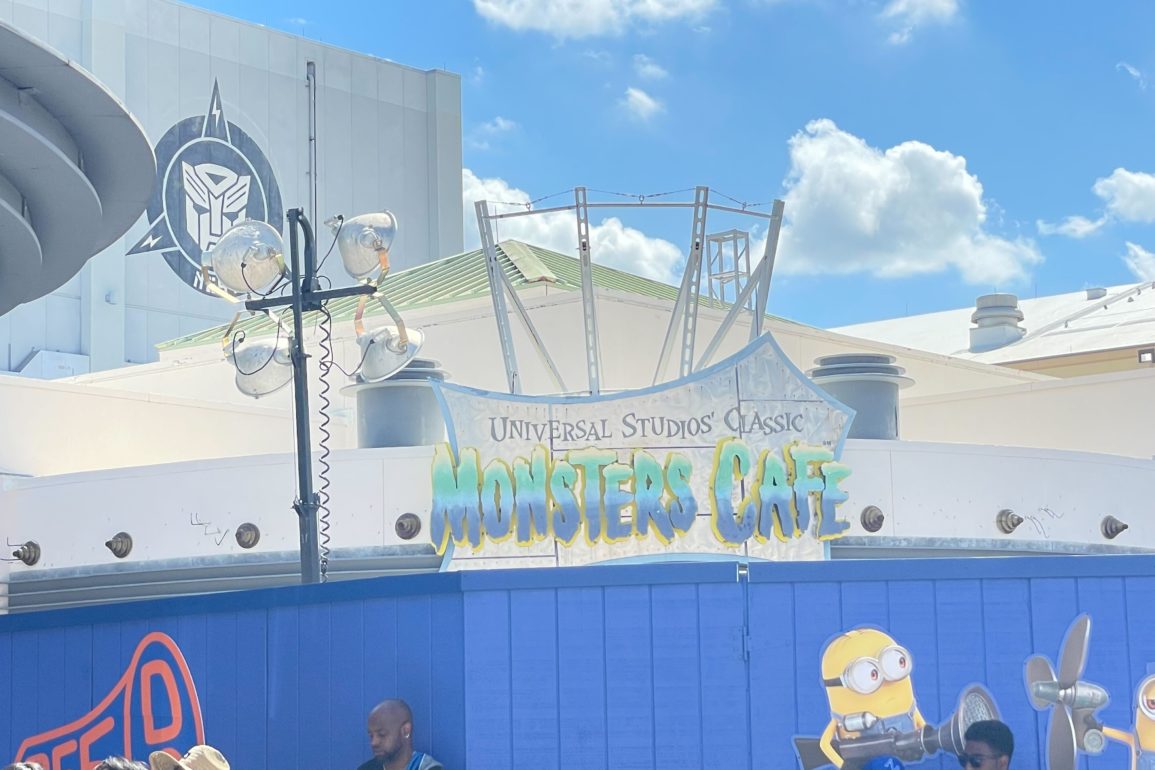 The Universal Studios’ Classic Monsters Café closed permanently in May, and with it the Shrek and Donkey Meet & Greet. Since then, the awnings, lights, neon, and more have been removed from the exterior of the shared building.

Accoutrements are still visible around the former Donkey greeting.

Some pieces are being removed though, exposing the structure beneath.

We can see pieces of concrete being removed, with wiring under where signage used to hang.

The Shrek and Donkey Meet & Greet used to be here but has since been moved to Woody Woodpecker’s KidZone. Now the awning has been removed.

The banners above the café entrance were previously removed. A large work light is staged behind the walls for the crew.

All the neon has been removed from each side of the Monsters’ café sign, as well as the banners.

Loose wires and metal stands poke out from the walls where the electric neon used to be.

The light fixtures on the sides of the building has been mostly removed, leaving dust behind.

Already missing the Monsters’ Café? Check out our full tour of the classic monsters restaurant!

Let us know what you think of the progress so far in the comments below!