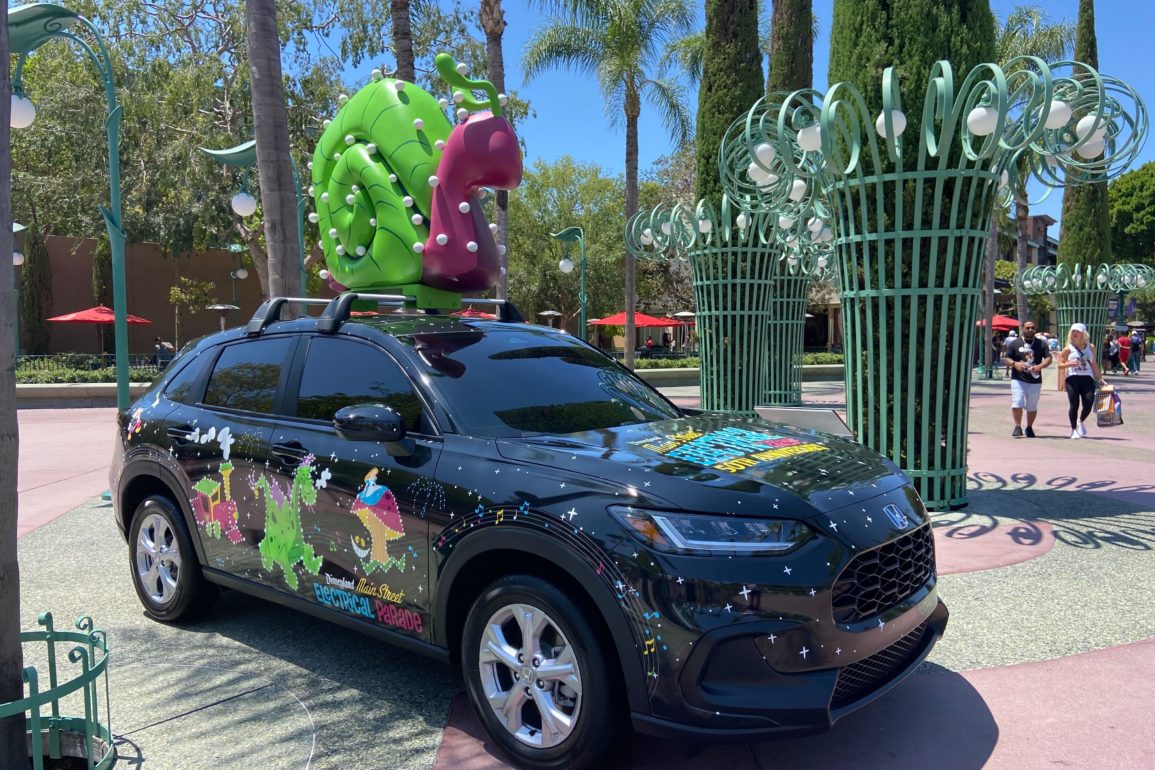 Any number of things both temporary and permanent have called the Disneyland Esplanade home over the years, and the latest temporary addition is a new Honda HR-V wrapped to celebrate the 50th anniversary of the Main Street Electrical Parade, set to glow away yet again September 1.

The subcompact SUV is parked in the Disneyland Esplanade, right by the ticket booths on the Downtown Disney side.

The sign features Mickey leading the parade as well as fireworks and colorful music notes. Scanning the QR code leads to Honda’s website.

All around, the car is wrapped in a special Main Street Electrical Parade decal.

And sitting right on top is a giant plastic snail, like the whirlybugs from the parade itself.

The sides feature art we’ve seen on plenty of merchandise for the parade this year. The passenger side shows off Casey Junior, Elliott, and the “Alice in Wonderland” unit.

On the right is the Jolly Roger, the new it’s a small world float, and the snail whirlybug.

The back has fireworks designs, sparkles, and a 50 Years icon.

We aren’t sure how long this display will be out, so don’t miss it on your next trip to Disneyland! And let us know what you think in the comments below!