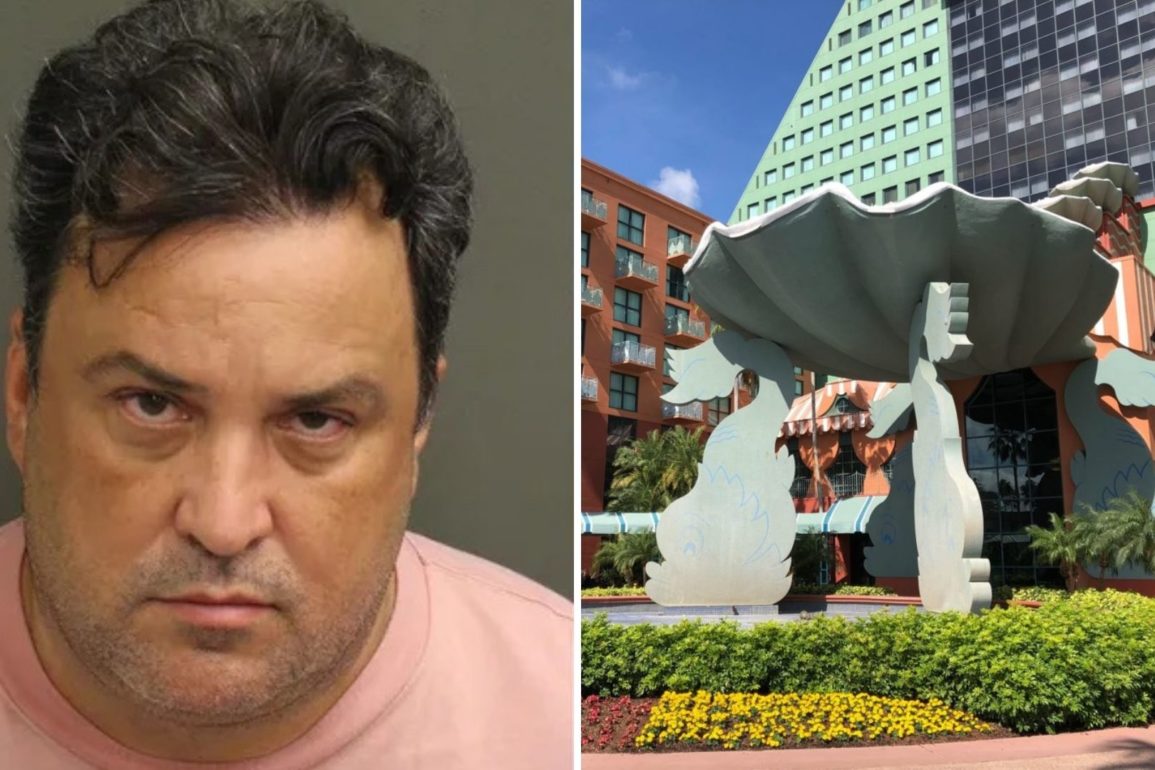 A man has been arrested after raping a woman at the Walt Disney World Dolphin Hotel.

Fox 35 Orlando obtained the arrest affidavit for Eyvor Gomez, 49, of Pembroke Pines. He was arrested on Monday and faces a sexual battery charge.

The victim stated that she was at a bar of the Dolphin Hotel when Gomez began a conversation with her. At last call, Gomez suggested they go outside to continue drinking with his own alcohol, out of view of the cameras.

While in a corner by a glass wall and bushes, Gomez made advances toward the woman, which she rejected. He said he then pushed her against the glass wall and she hit her head, blacking out.

Security cameras captured the woman trying to crawl away from Gomez, who then forced himself on her. She tried to push him off but could not. He then allegedly took a photo of the victim with his cell phone.

Gomez and the woman then went back to the hotel lobby, where she sat next to a group of strangers and asked them to pretend to know her so Gomez would leave.

Disney security identified Gomez due to an incident that had occurred earlier between him and his wife.

“There was an argument and his wife was escorted back to their room,” the affidavit read. “Eyvor matched the description and photograph provided by witnesses. Disney confirmed through surveillance video.”

Gomez initially denied knowing the victim. He later said they were just kissing and “groping.” He was arrested and booked into the Orange County Jail.