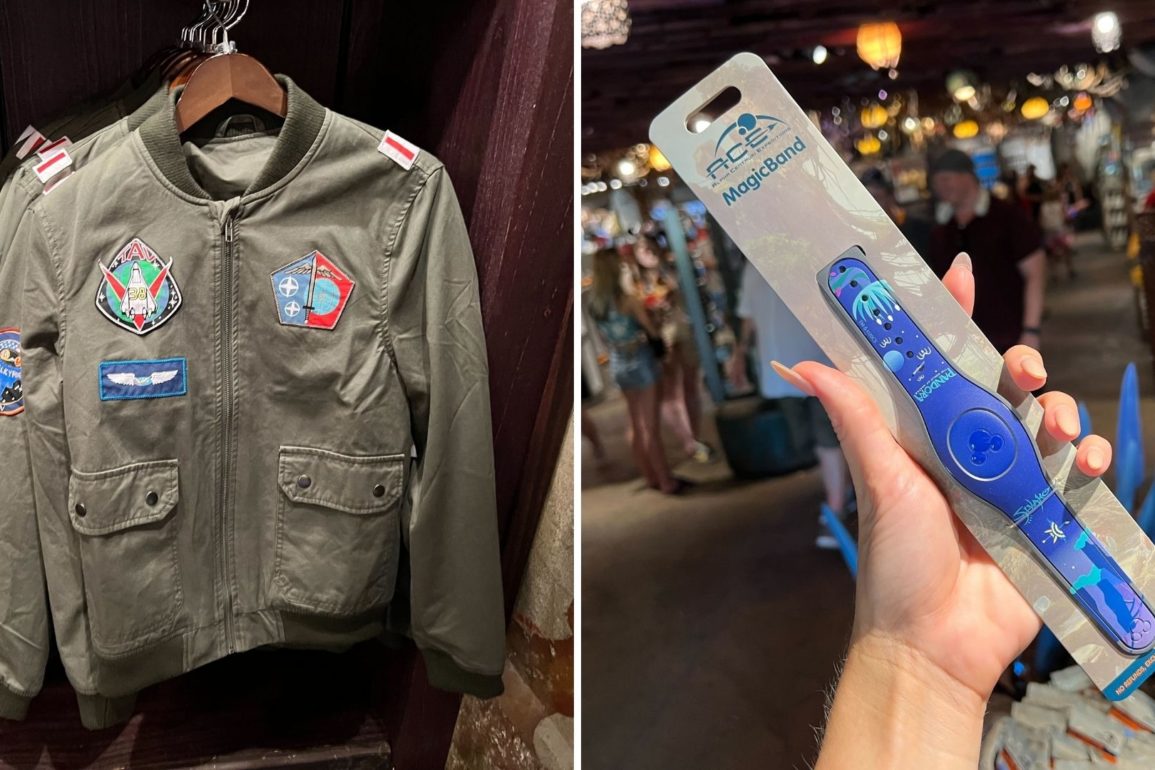 Traverse the Valley of Mo’ara in style with this new flight jacket and MagicBand. These are available from Windtraders in Pandora – The World of Avatar at Disney’s Animal Kingdom.

The jacket is army green, with patches on the front and sleeves.

The patch on the right breast depicts the Valkyrie shuttlecraft used by the humans in “Avatar.” It reads “TAV” across the top and “38” on the ship. The Valkyrie in “Avatar” has the designation TAV-37 (not 38). A starry black sky, globe, and red “V” are behind the ship.

A rectangular patch below this one is blue, with two white wings on either side of a light blue circle. In the circle are a yellow “V” shape, red lines, and white stars.

The polygon-shaped patch on the left breast has a sword with wings down the center. Two stars are on one side, against a blue background, and a globe is on the other, against a red background. This patch is worn by members of the RDA in “Avatar.”

The circular patch on the sleeve is more complicated. It has a red border, followed by a thin gold stripe, a thick blue stripe, and a second gold stripe. The center is black with white stars, an American flag, and a blue banshee shape. “Valkyrie” is in gold letters across the banshee.

This MagicBand is open edition. It’s blue, with the floating mountains of Pandora depicted on one end.

A banshee flies over the mountains. “Sivako” is in teal lettering above the banshee.

A few white woodsprites are depicted on the other end of the band, above an alien plant. The logo for the land is above them.

Check out more Pandora – The World of Avatar apparel.

Next
Julius Onah to Direct ‘Captain America 4’ for Marvel Studios