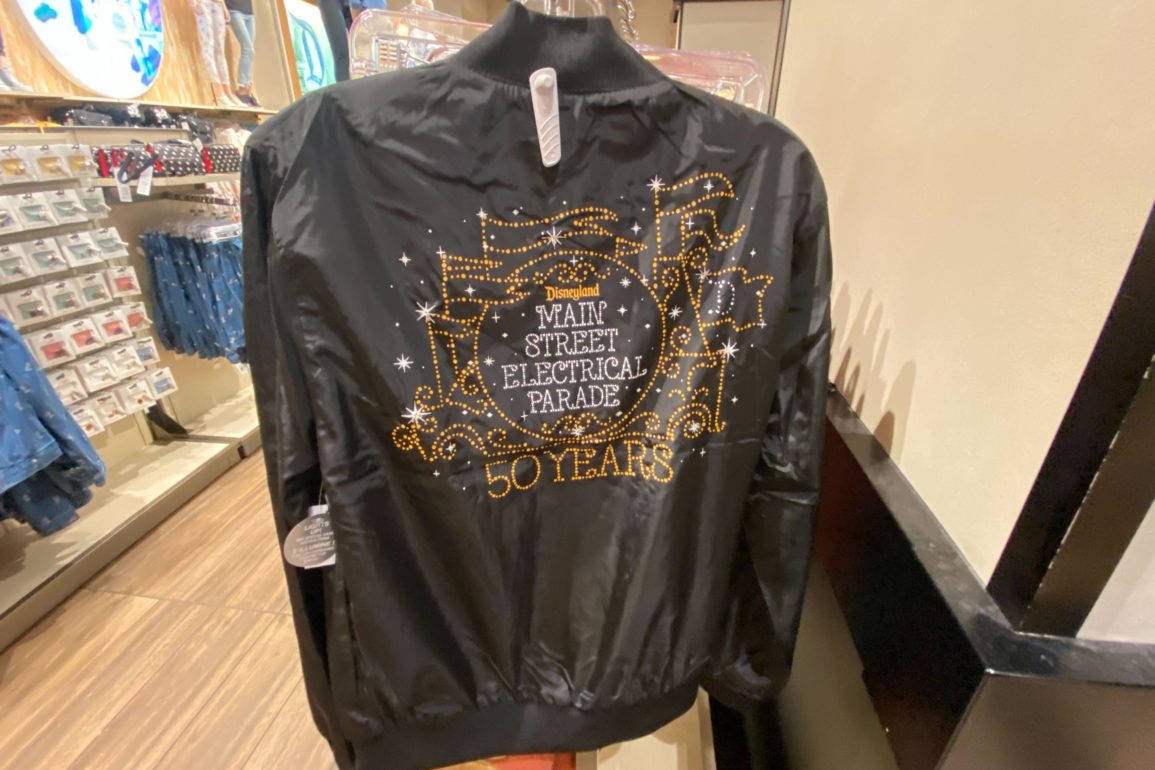 If you’ve ever dreamed of becoming part of the thousands of sparkling lights which make up the iconic Main Street Electrical Parade, now you can thanks to a black and gold light-up windbreaker we found at the Disneyland Resort!

This black windbreaker features an all-black design while depicting parts of the parade in gold. It’s reminiscent of the dated June 17 tee we saw last month for the exact birthday of the parade.

It has a rather thin lining, not to be used for very chilly days.

The front side depicts Elliot, two whirlybugs, the Jolly Roger from “Peter Pan”, and Casey Junior.

On the back is the iconic drum float bearing the parade’s logo along with “50 Years” below. The back section is the part which lights up.

We found this at the World of Disney Store in the Downtown Disney District.