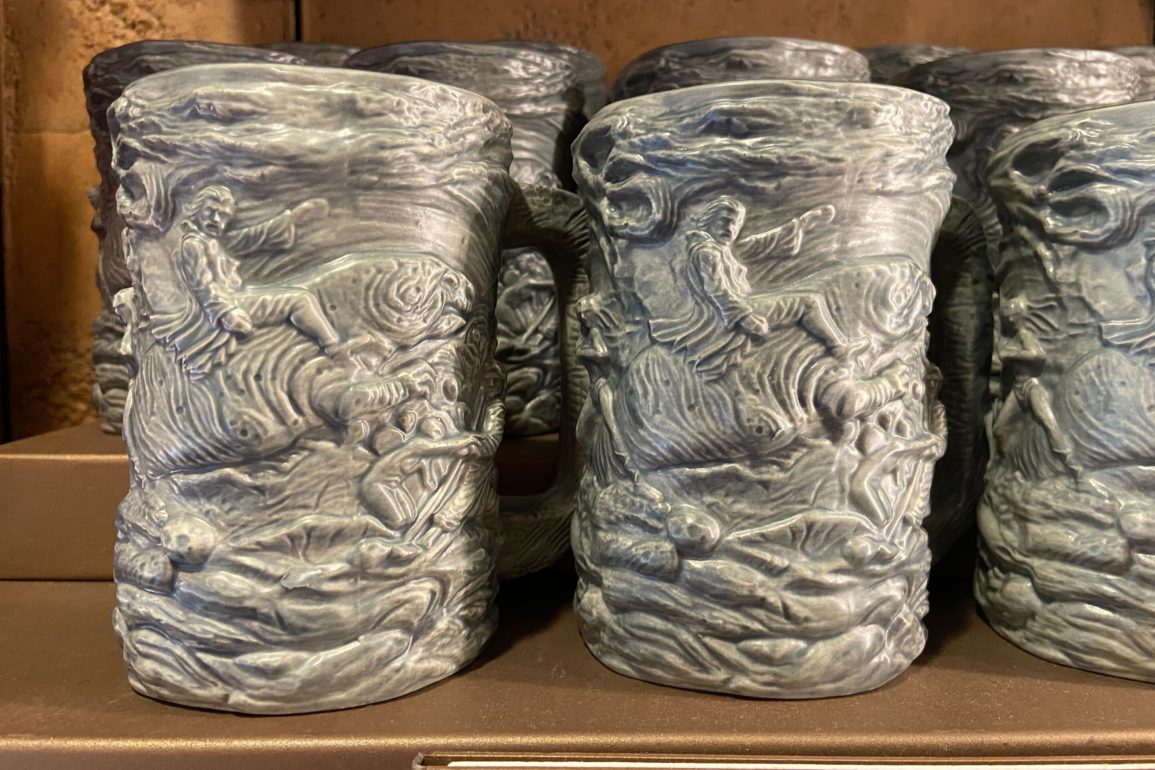 Bright suns! Lately, Dok-Ondar has been selling more replicas of his personal treasures from the Den of Antiquities, and today we found a new mug inspired by the frieze sculpture hanging in the shop.

The mug resembles stone with the scene carved in it. The figures are unidentified in-universe, given that the sculpture was ancient by the time of the Prequels.

The Massassi created this frieze. Senator Palpatine had it excavated from a Massassi temple and hung in his office on Coruscant.

It’s visible when he and Anakin are walking in a scene from “Star Wars: Revenge of the Sith.”

In Legends, it was called the Great Hyperspace War Bas-Relief. It’s canonically known as an unidentified mural depicting warriors of the light fighting the dark.

Now Dok-Ondar has the pieces of the broken frieze and we have this cup. You can find it in Star Wars: Galaxy’s Edge at Disneyland.

Will you pick up this replica relic from a long, long time ago in a galaxy far, far away? Let us know what you think of it in the comments.

Next
REVIEW: We Tried Everything on the Menu From Stark Factory in Avengers Campus at Walt Disney Studios Park