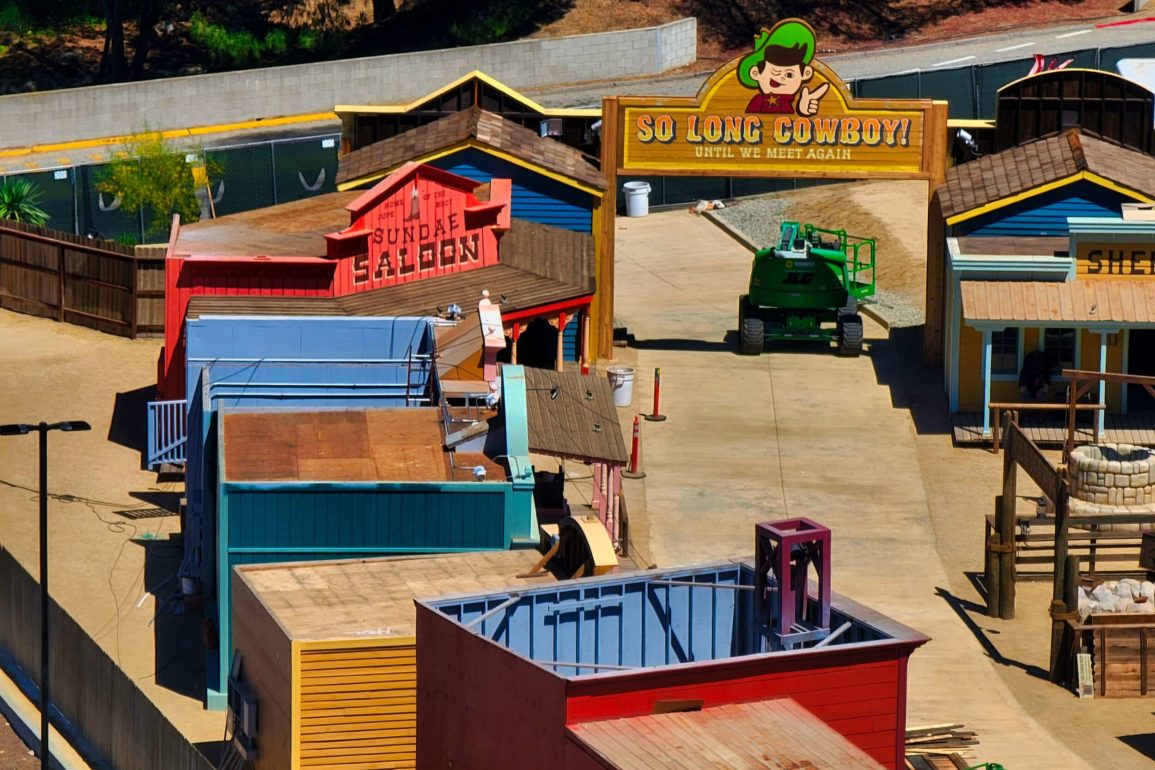 The “Nope” set we previously saw under construction at Universal Studios Hollywood will become a permanent part of the Studio Tour.

The Jupiter’s Claim set is directly from Jordan Peele’s upcoming film “Nope.” The set will open on July 22, the same day the movie is being released.

The set resembles a colorful Western town. In the film, it’s an amusement park owned and operated by Ricky “Jupe” Park. The set was created by production designer Ruth DeJong. After production, it was disassembled, moved to Universal Studios Hollywood, and reconstructed with original props from the film.

“I remember visiting Universal Studios when I was 12 years old and being mesmerized,” Jordan Peele said. “That experience reinforced my passion and drive to someday join in on the meta-magic of ‘backlot life.’ Since then, I’ve been fortunate enough to direct three movies for Universal. It is a privilege to honor these collaborations with my studio partners, crew members, and cast, and to be able to share Jupiter’s Claim with fans.”

Scott Strobl, EVP and General Manager, Universal Studios Hollywood said in a statement, “We’re thrilled to collaborate with Jordan Peele and bring a piece of his innovative film to Universal Studios Hollywood for our guests to experience. Jordan’s creativity and ingenuity have produced unique, thought-provoking movies, and we couldn’t be more excited to showcase his original Jupiter’s Claim set as a permanent centerpiece attraction on the Studio Tour, giving our guests a front row seat to authentic movie-making magic.”

Are you excited to see “Nope” in theaters and visit Jupiter’s Claim at Universal Studios Hollywood? Let us know in the comments!