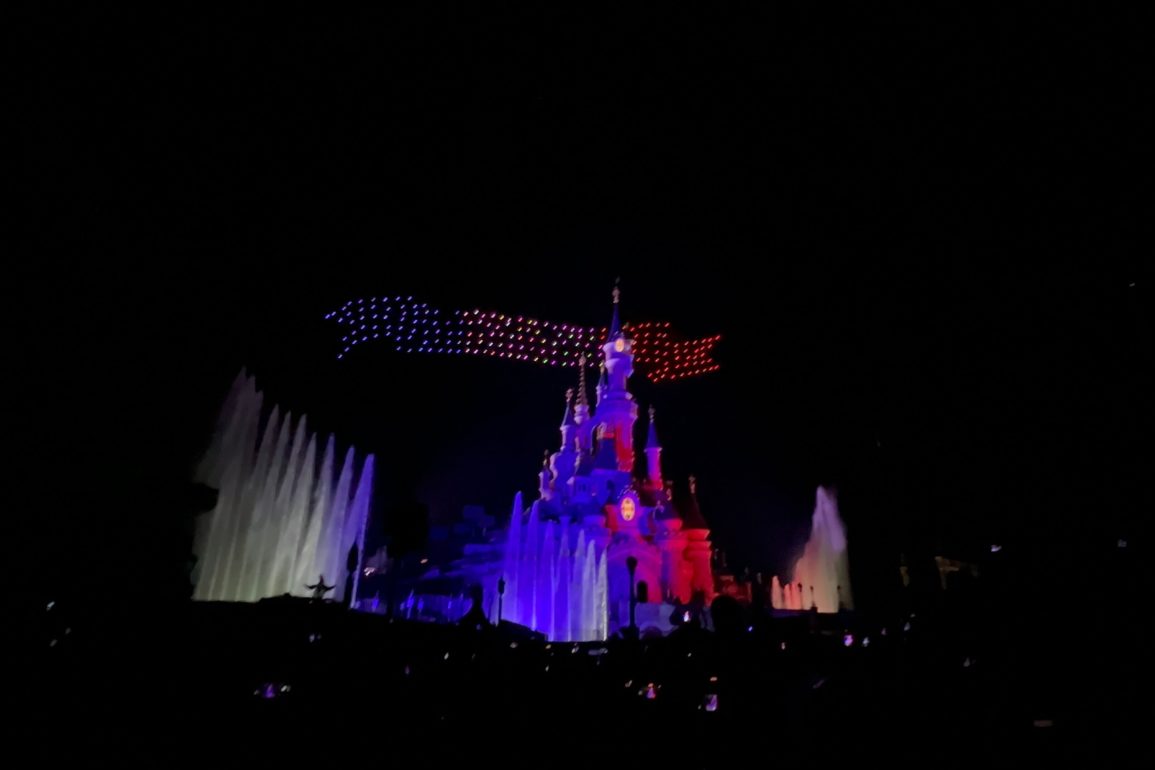 Disneyland Paris celebrated Bastille Day, France’s national day, on July 14. Typically they would put on a fireworks spectacular in celebration, but it was cancelled due to COVID-19 restrictions in 2020 and 2021. Now it has returned to the skies above the park — and with drones to become the first-ever Disney fireworks spectacular to use drones.

You can watch our video above, or keep on reading for in-depth photos.

The drones usually appear in the “Disney D-Light” preshow for “Disney Illuminations” to create the Disneyland Paris 30th Anniversary logo. In this performance, we saw them take the shape and colors of the French flag to celebrate the country’s national holiday.

Of course there were plenty of fireworks as well. The show celebrated Disney films set in France, such as “The Hunchback of Notre Dame” and “Ratatouille.”

It was indeed quite the spectacular, and a splendid celebration of France’s national day.

After the show, the fountains and castle lit up in blue, white, and red to make up the French flag once more.

What did you think of this celebration of France? Are you excited to see drones used in a Disney fireworks spectacular? Let us know in the comments below!

Next
REVIEW: Greece Gyro is Okay But Not Worth the Odyssey at the 2022 EPCOT International Food & Wine Festival