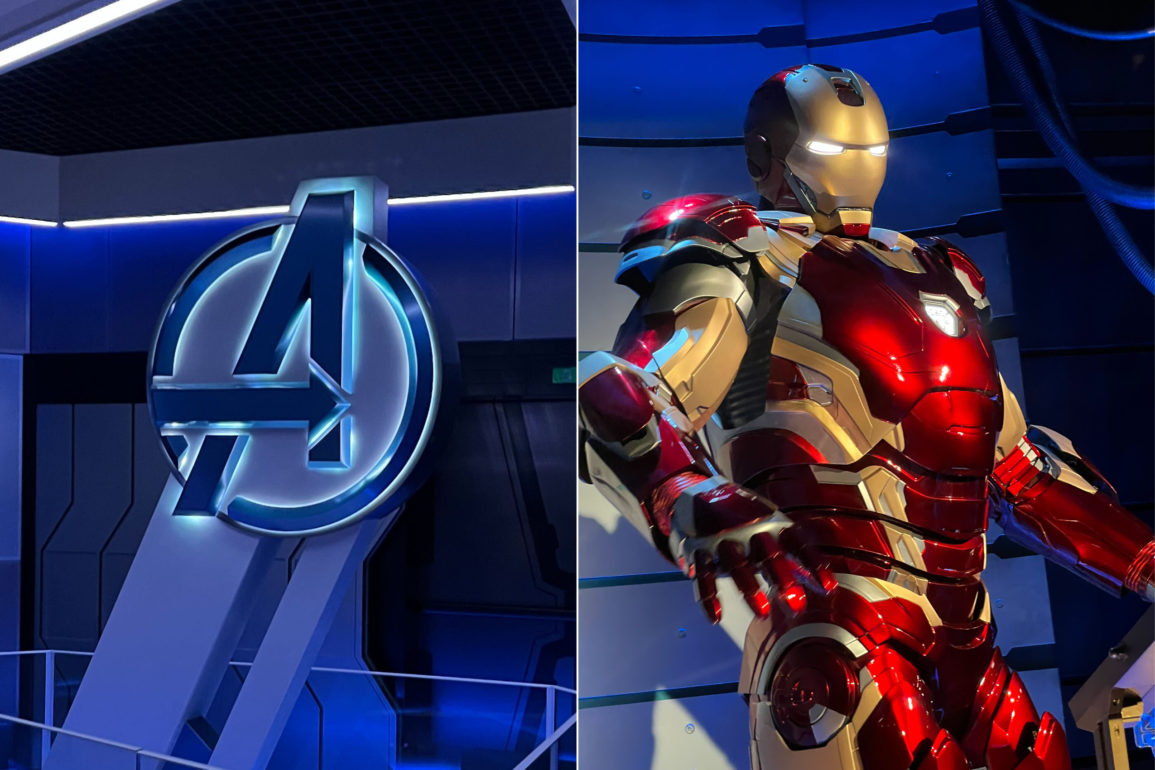 Suit up and let’s go; it’s time for a ride on the Avengers Assemble: Flight Force roller coaster. We’re at the new Avengers Campus in Walt Disney Studios Park to bring you a full look at the new attraction, which replaced Rock ‘n’ Roller Coaster avec Aerosmith.

The façade features a large LED screen where guests meet Tony Stark’s AI assistant, F.R.I.D.A.Y. The lights and colors change as she speaks. A digital sign also acts as the attraction’s marquee and shows faux reviews from the various Avengers.

The queue entrance starts at the foot of the Quinjet’s landing pad.

Signs displaying many of the current and former Avengers line the hallway.

One of the turnaround points bears a giant Avengers A symbol.

The back reads “Avengers Assemble.”

On a wall we see a pattern similar to but not identical to an Arc Reactor.

But the real star of this queue and preshow experience is the Iron Man animatronic, who introduces guests to the premise of the attraction, mostly in French. No Robert Downey, Jr. here. sadly.

We were able to catch a brief glimpse at the vehicle for the ride as we exited. Since this is a reskin of Rock ‘n’ Roller Coaster avec Aerosmith, we can see the exact same cars are in use, just with a different paint job.

At the exit is a PhotoPass booth and a few kiosks where guests can find and select their photos from the ride.

Watch our full video of the Avengers Assemble: Flight Force coaster below.