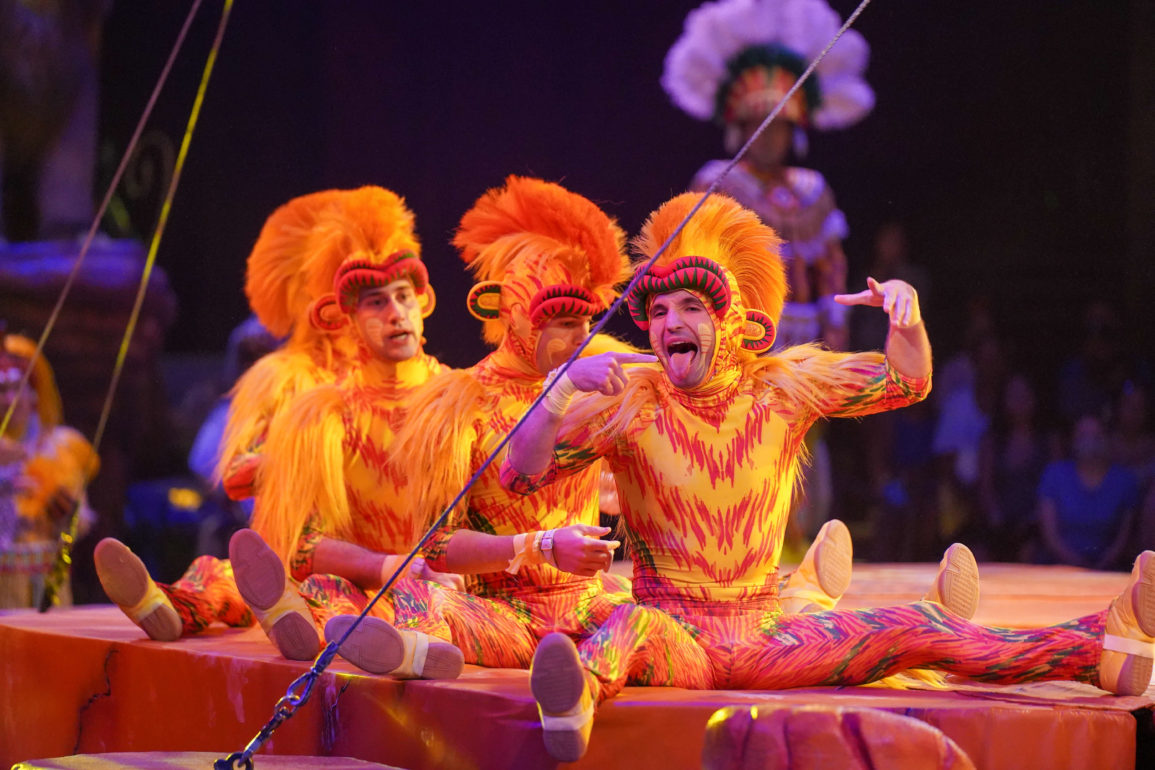 PHOTOS, VIDEO: Tumble Monkeys Are Back as Full ‘Festival of the Lion King’ Finally Returns to Disney’s Animal Kingdom

The full version of The Festival of the Lion King finally returns to Disney’s Animal Kingdom today, and we are here to bring the show to you. With the return of the full-length show comes the aerial dancer and the fan-favorite tumble monkeys.

Showtimes are subject to change but can be found on the sign outside the theatre, the Walt Disney World website, and the My Disney Experience app.

We were in line for the first show of the day.

The old preshow where children could join in a parade around the stage is still not happening.

The crowd was so excited for the tumble monkeys, a long-time fan favorite, to return.

The tumble monkeys are talented acrobats who perform a comedic routine.

They know how to really ham it up for the crowd.

Another returning act is the aerial dancer.

The aerial bird works in coordination with the ground performers.

Overall, there are still fewer dancers than before, but we expect that to be a permanent budget cut.

Watch our full video of the Festival of the Lion King below.

Are you excited to see the tumble monkeys and aerial dancer return? Let us know in the comments!