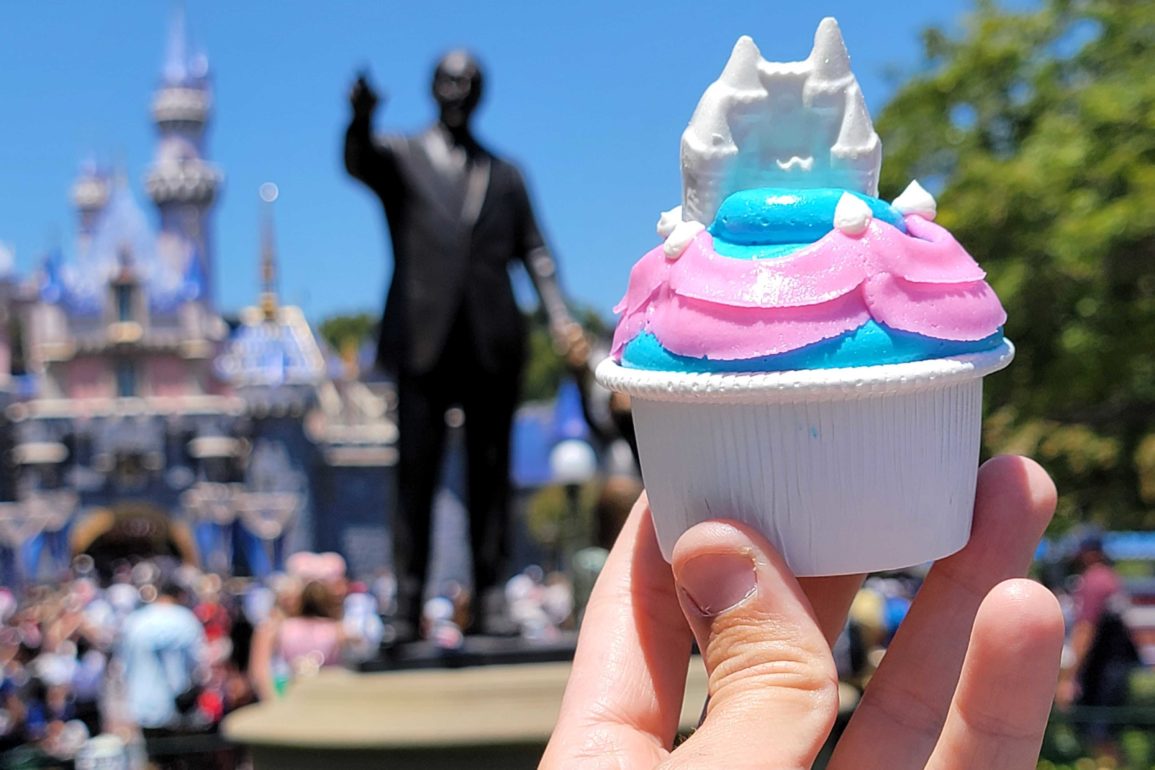 We’re celebrating 67 years since Disneyland opened way back in 1955, so we ventured down to GCH Craftsman Grill at Disney’s Grand Californian Hotel & Spa only to find the Castle Cupcake, our prize for this adventure. After all, we want to try every single Disneyland 67th Anniversary snack so the confetti castle cupcake was one we couldn’t miss!

This is a fairly straightforward cupcake. It’s composed of vanilla cake with sprinkles baked in and topped with vanilla frosting, of which there is plenty.

This frosting, in fact, was the best part. Unlike most cupcakes we’ve had at Disneyland, it’s light and fluffy. It wasn’t too sweet, bringing a cool, creamy compliment to the moist cake beneath.

This cupcake is nothing standout or overly creative, but it is a rather well executed classic cupcake to celebrate Disneyland’s birthday.

Our main complaint was the price. The cost is very high for a simple, small cupcake. But if you are not bothered by that, it’s very enjoyable.

Check out our full video review!

Let us know what you think of the Disneyland 67th Anniversary Castle Cupcake in the comments below!