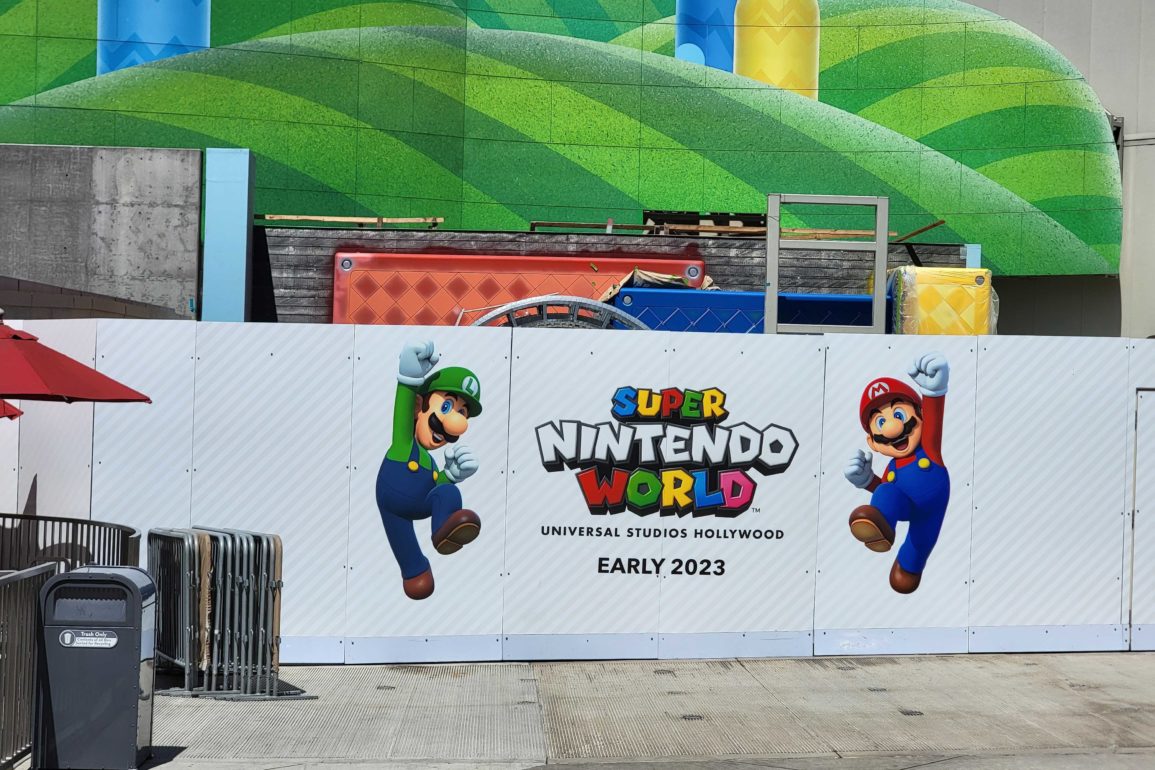 More themed elements are popping up in Super Nintendo World at Universal Studios Hollywood, which is scheduled to open early next year. Last month, we spotted several small props and set pieces, including gold coins and Goombas.

Construction is clearly visible from the Upper Lot.

Crews have removed the white tarp from one of the piranha plants.

Construction is mainly focused on the entrance of the land and Bowser’s Castle right now, but scaffolding remains up in other areas.

The top half of Bowser’s Castle is covered in black tarps.

The bottom half of the castle resembles black stone.

We could see crew members in the castle entryway during our most recent visit. There are spikes at the bottoms of the towers.

Several red and blue diamond-patterned blocks are throughout the land.

More diamond-patterned blocks can also be seen at the entrance.

Guests will enter Super Nintendo World through a “pipe” tunnel next to Transformers: The Ride 3D. The actual tunnel is still just a framework with no themed paneling.

From the ground, we could get a closer look at some of the blocks.

It looks like crews have not finished painting the blocks. Not all of the diamonds have been filled in on the red one.

The smaller yellow block is covered by a transparent tarp.

Take a look at our video construction update, where we zoom in to check out all the details. We also took walk through the new Super Nintendo World area of the Studio Store on the Upper Lot. You can see both updates right here:

What are you most looking forward to at Super Nintendo World in Universal Studios Hollywood? Let us know in the comments!