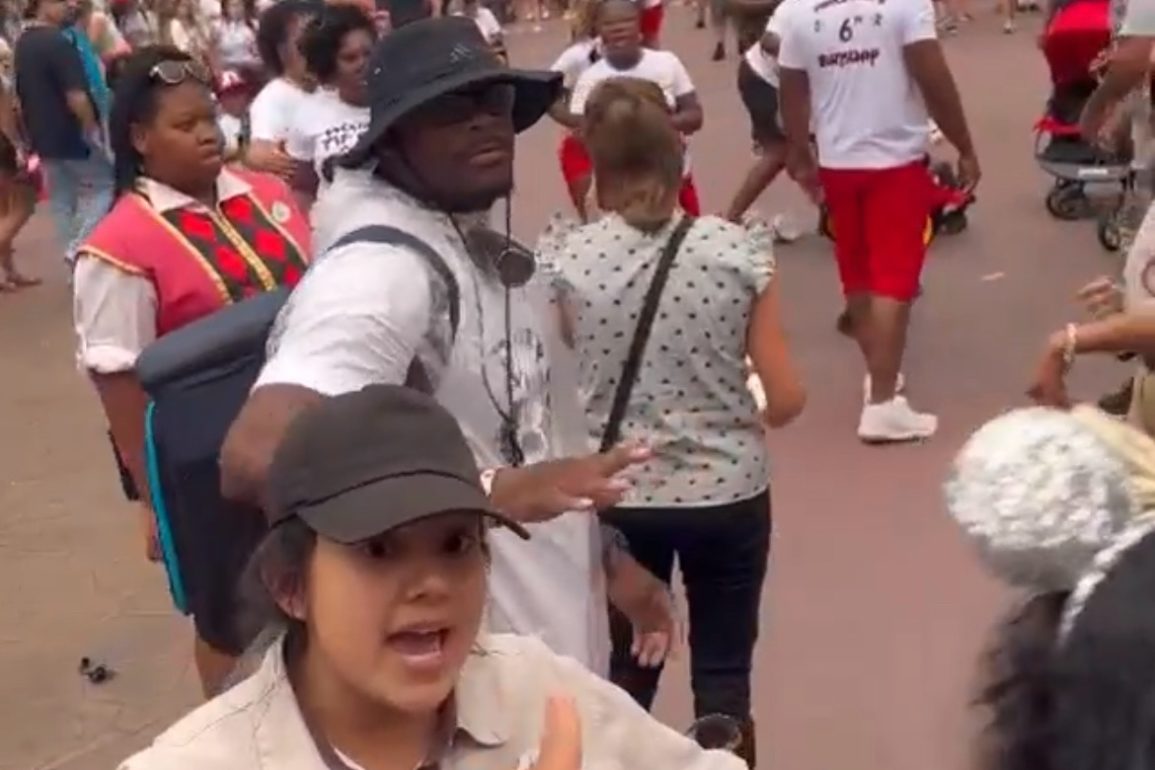 UPDATE: The guest reached out to WDWNT again to tell us their family has been banned and guests from the other family were arrested.

One of the guests involved in the latest Magic Kingdom brawl has reached out to WDWNT to share their side of the story, along with additional footage of the fight.

The guest and their family were in line for Mickey’s PhilharMagic when one member realized her phone was left in the ECV, so she exited to retrieve it. On her way back in, a family in matching white shirts and red shorts refused to let her get back to her family, pushing her so they could let the line move a bit further along.

Upon exiting the theater, the matching apparel family waited at the exit to confront them. A relative of the woman who had gone to get her phone said, “Listen, man, we don’t want trouble; we don’t appreciate you guys pushing my younger sister.” It quickly escalated into a shouting match.

The family who did not have matching shirts reached out says the first person accosted was the guest who re-entered the line, with her brother engaging as a response. Shortly after, the brawl caught on camera broke out. In the skirmish, the group that contacted WDWNT reported having items broken or gone missing. In the end, all guests were escorted to separate Walt Disney World security locations for statements, with one member of the reporting guests’ family taken away in an ambulance due to a large laceration on his chin, with other members received cuts and bruises.

The new footage also shows other guests, as well as two Cast Members, working to intervene and end the fight after about a minute and a half, eventually breaking it up.