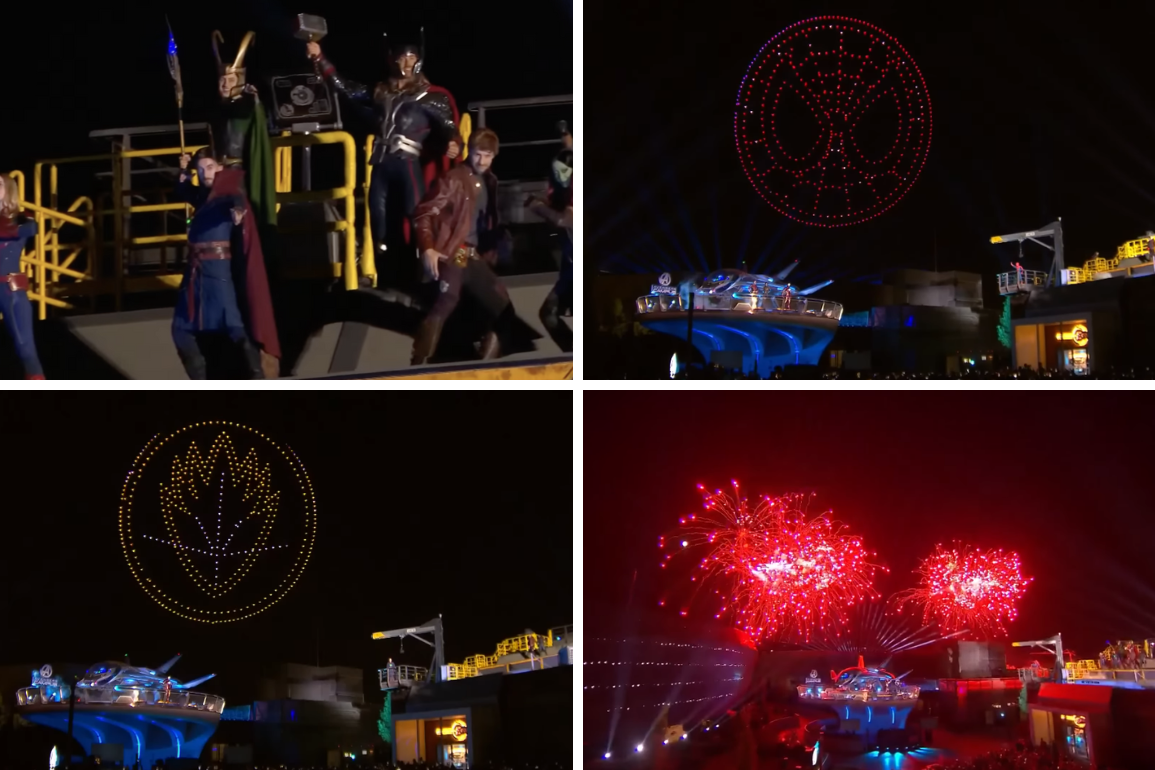 Disneyland Paris has released a video of the “Avengers Assemble Moment” from this weekend’s virtual launch party for Avengers Campus, which is opening at Walt Disney Studios Park on July 20.

Iron Man’s assistant F.R.I.D.A.Y. welcomed guests and introduced French Fuse, who performed a medley of Marvel theme songs. Several superheroes then came out to pose for photos before a fireworks finale.

Doctor Strange arrived first and used his powers to create a portal in the sky (made of drones).

They took the shape of Iron Man’s helmet as the man himself arrived.

Gamora and Star-Lord of the Guardians of the Galaxy were next.

Followed by Ant-Man and the Wasp.

The Dora Milaje assembled on the rooftop before Black Panther joined them.

The drones formed the Spidey Signal as the friendly neighborhood Spider-Man swung in for a visit.

After that, Black Widow, Thor and Loki, Captain America, and Captain Marvel arrived in quick succession.

Once the whole team was there, fireworks went off, and the drones formed the Avengers “A.”

Watch the full “moment” below.

Also watch Bob Chapek and Brie Larson dedicate Avengers Campus during the launch party. The land will open to the public at Walt Disney Studios Park on July 20, 2022.