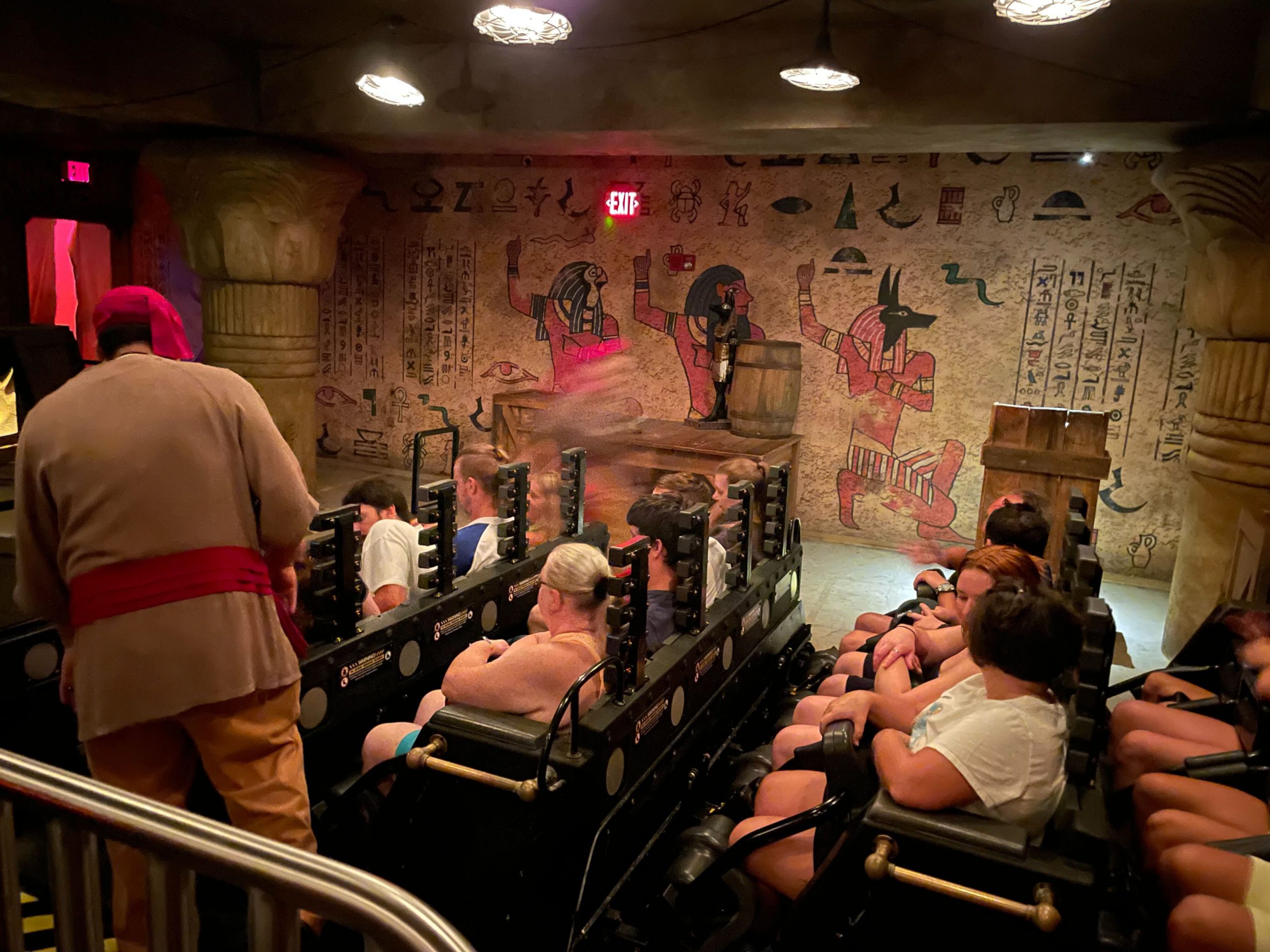 The curse of Imhotep has reawakened at Universal Studios Florida with the reopening of Revenge of the Mummy. As anticipation has been high for its return, we’re taking a look at the refreshed attraction.

Signage in front of the entrance notes that the ride is currently in technical rehearsal, and that not all elements may be functional at this time.

For the most part, the queue looks the same as it did before it closed. The first portion is made to look like the backstage part of a movie set.

Images from “The Mummy” films hangs overhead in the first room.

Even though there were warnings about a curse, I’m sure there’s nothing to worry about. Reggie seems to be going about his business.

Moving further in, we see several cages filled with wardrobe and prosthetics materials.

The queue video is also back, and Brendan Fraser’s still waiting for his cup of coffee.

The prosthetics cage also has life masks that are used to help makeup artists.

Further along, it starts to get darker as we enter the “proper” set. But first, check out this chariot big enough to hold a sarcophagus.

“The Mummy sets are cursed?” You don’t say!

The touch props in the queue have also returned… just be warned, some offer nasty (but not too nasty) surprises.

After waiting nearly nine months, it’s great to see the place looking like its old self again.

While we weren’t allowed to record video or take photos, we have to say things have improved quite a bit. The ride is much smoother now, while the fire effects are amazing, Imhotep looks so good in the first scene as well as in the fake exit.

The effects for the Team Member in the scene looked significantly updated. When the window breaks and Imhotep is there, the effects feel fresher than they had before the refurbishment.

That being said, there are some issues still being worked on. When our reporter rode, they were stuck on the ride for roughly half an hour. After they exited, the ride was closed for “extended downtime.” Still, after being closed for so long, it’s thrilling to see Imhotep back for revenge.

BREAKING: Revenge of the Mummy Opens for Technical Rehearsals at Universal Studios Florida