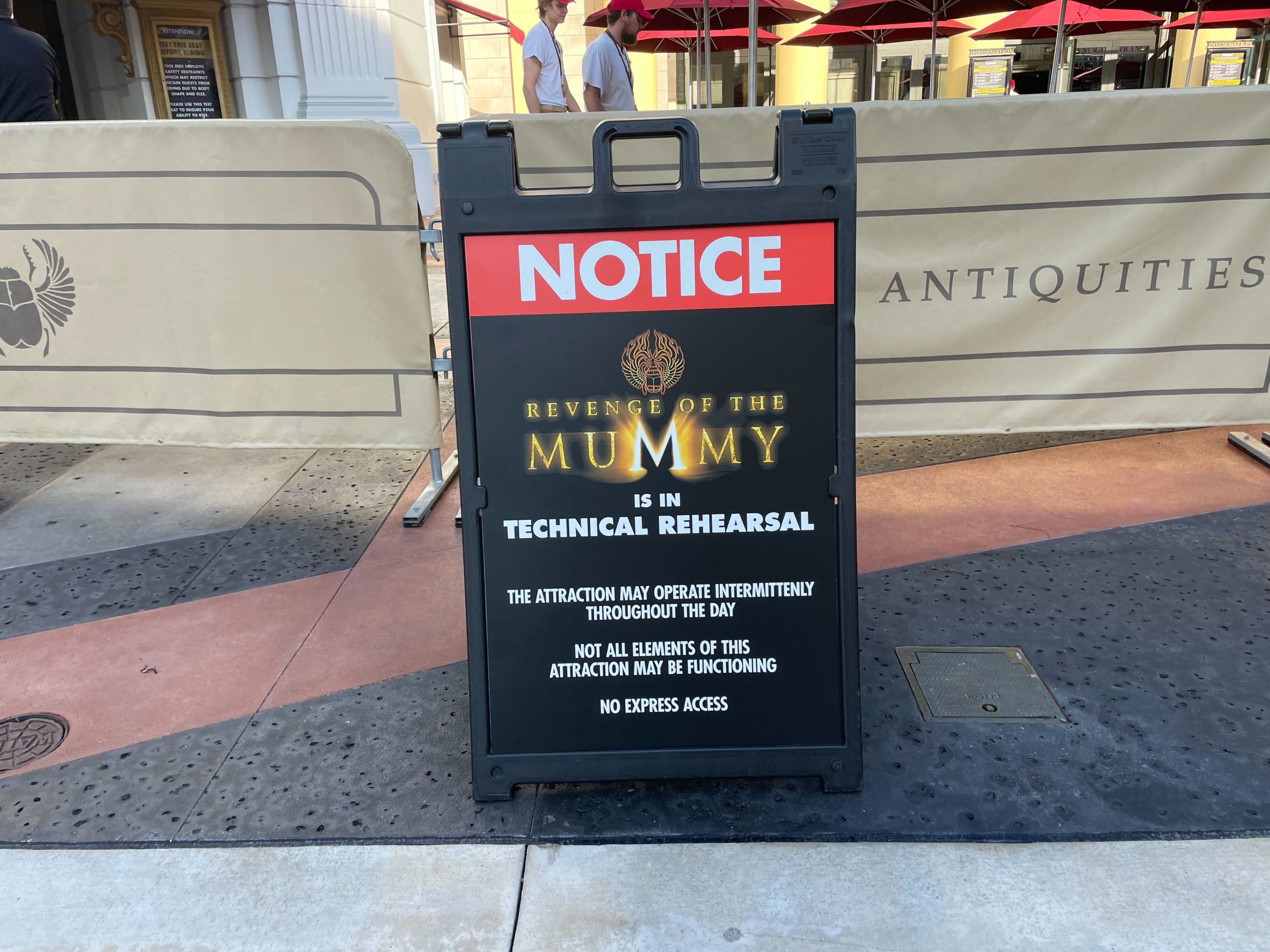 Revenge of the Mummy at Universal Studios Florida has reopened for technical rehearsals after a lengthy eight month refurbishment, and we are so excited to be back at the Museum of Antiquities!

No major changes have been made to the ride or the queue. It was just a much-needed refurbishment to get everything back looking shiny and new (or, well, old and dusty). The rumors were fake, but the curse… it’s real!

Unfortunately, Universal Orlando Resort does not allow photography or video recording on the ride. You can check out the queue and pre-show in our video from right before the attraction closed for refurbishment.

Are you excited to ride Revenge of the Mummy at Universal Studios Florida once again? Let us know in the comments below.

What’s New Inside the Reopened Revenge of the Mummy in Universal Studios Florida?