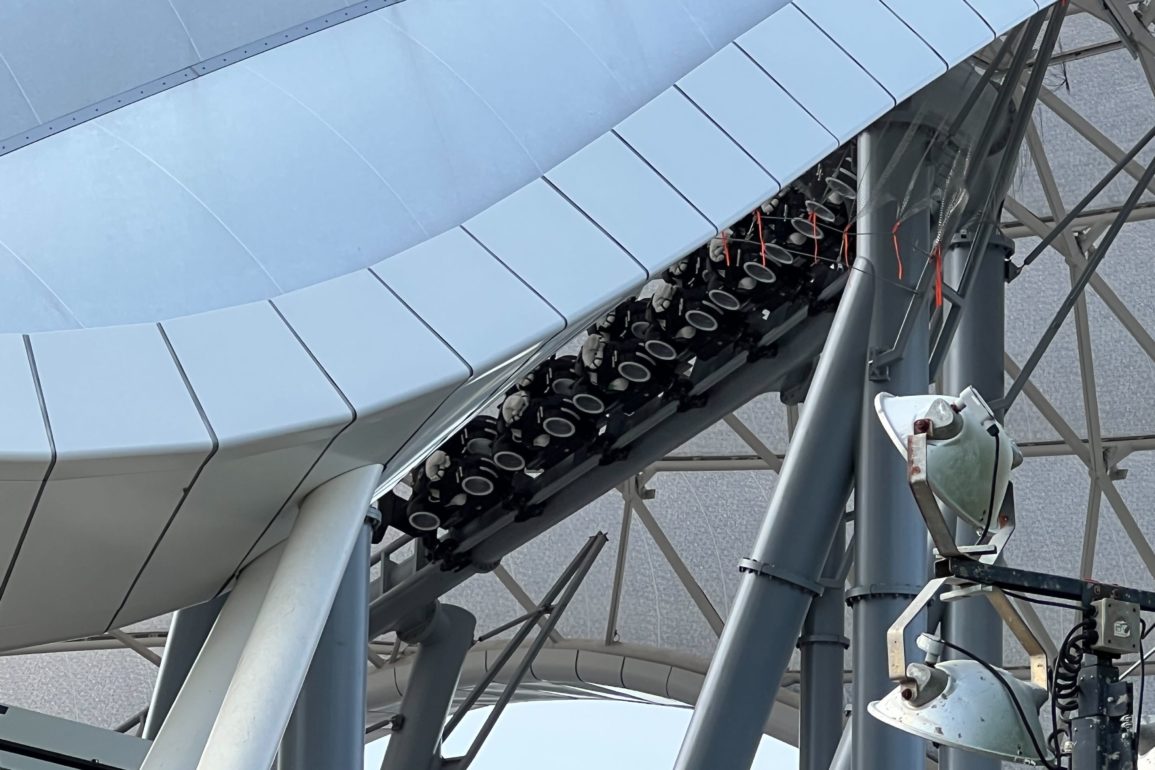 A new milestone has been reached at TRON Lightcycle / Run in the Magic Kingdom, as the ride has begun testing with weights.

We could see the white weights in every other Lightcycle.

Vehicle testing has been underway since March, though the weights mark a significant step forward as they begin to test for guests to race through The Grid safely.

Meanwhile, the concrete pump has returned, and safety netting is installed under the track to catch loose objects.

If you missed the illuminated ride vehicles testing, check it out here!

Where workers are standing now was previously covered and appeared not to have a solid base.

Crews are continuing to use the water-resistant GlasRoc sheathing.

Steel framework is along the side of Tomorrowland Light & Power Co.

The entrance is blocked with construction walls, and the shop remains closed.

A concrete pump is back near the attraction.

The construction crew was also spotted on scissor lifts under TRON Lightcycle / Run.

The concept art above shows us what TRON Lightcycle / Run, the Walt Disney World Railroad tunnel, and the surrounding walkways will look like upon completion.

Let us know what you think of this update in the comments below!