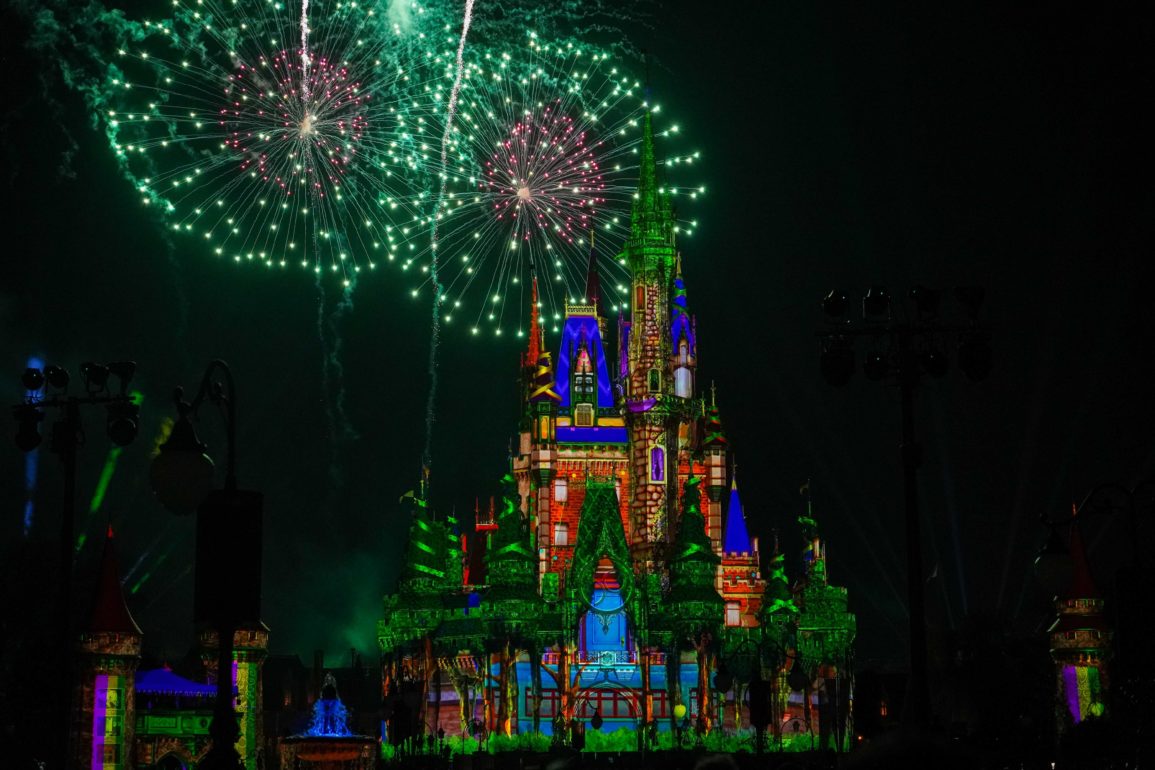 Last night’s fireworks testing at the Magic Kingdom revealed a preview of new additions to Disney Enchantment in honor of the 50th anniversary of Walt Disney World.

Thanks to Twitter user @wheels_518, we can share photos of archival footage of Walt and Roy Disney projected onto Cinderella Castle.

The projections are reportedly part of a new introduction for Disney Enchantment to better honor the 50th anniversary of Walt Disney World.

Nothing has been confirmed by Disney at this time, though the new intro is said to be debuting soon. A common complaint after Enchantment made its debut for the 50th anniversary cited the lack of Walt Disney in a show meant to honor the realization of Disney’s Florida Project.

To see Disney Enchantment as it currently performs, check out our report from the show’s debut or watch the full video below.

What do you think about the possible inclusion of Walt and Roy Disney footage in Disney Enchantment? Let us know in the comments.