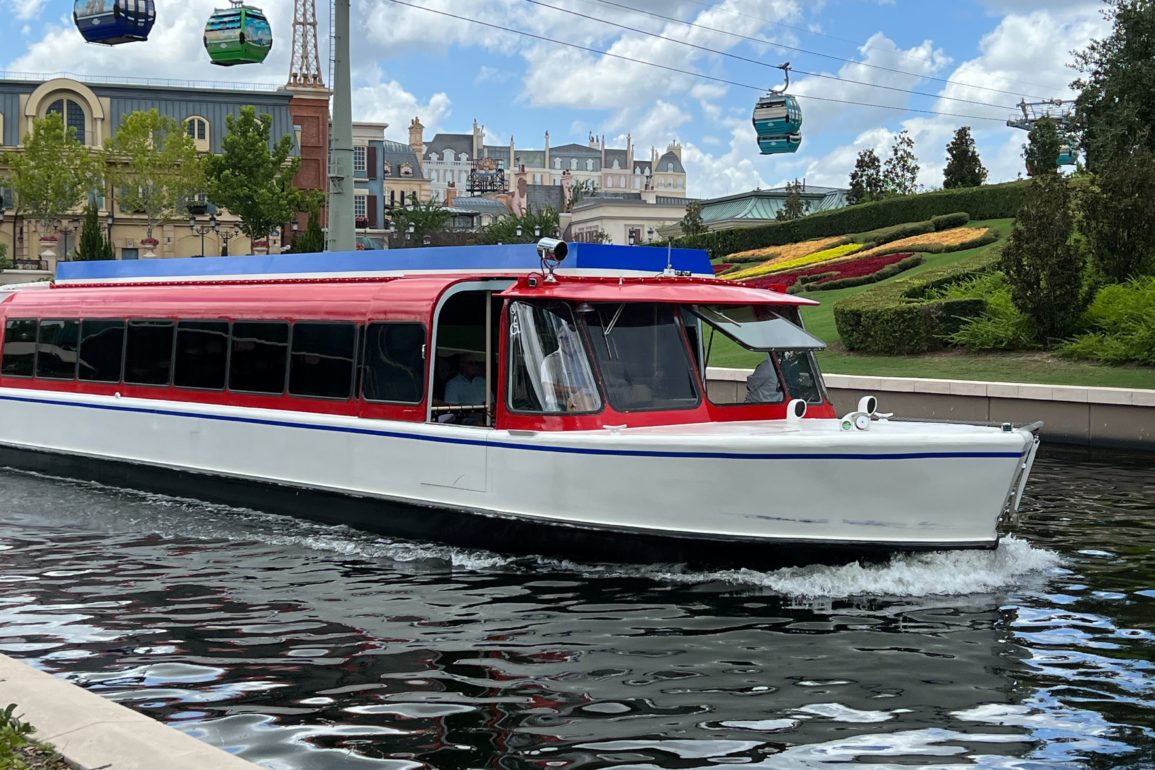 After we reported that some Friendship Boats had been removed from service and were likely getting a new paint scheme, one Friendship Boat has debuted a new color scheme at EPCOT.

The Friendship Boats provide service to and from EPCOT, Disney’s Hollywood Studios, and select nearby resorts.

Friendship III now has a solid blue piece on the top of the roof. The rest of the roof and the sides around the windows are solid red.

A thin blue stripe runs around the white hull.

Previously, the boat’s colors were more pastel, and the roof edges were striped like an awning.

The seats, as seen at the back of Friendship III, are still a teal green color. They may be updated to better match the new color scheme later.

The other boats we saw today still had their old color scheme, but we expect them to be slowly rotated out of service and repainted. The boats may also have slightly different color schemes, just like before, but use the same tones and palette.

Previous
Matterhorn Bobsleds at Disneyland Closing for Refurbishment Next Week