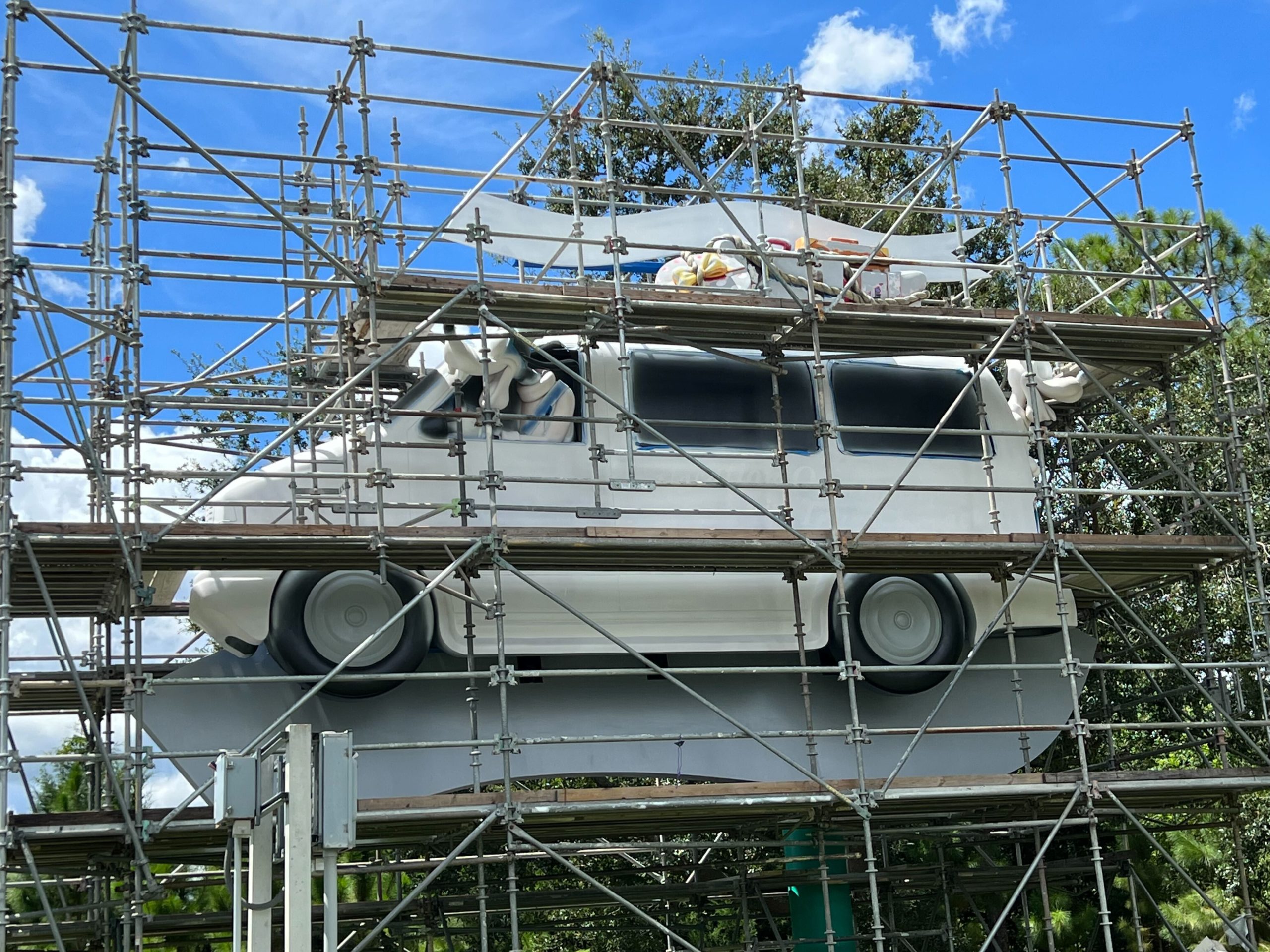 The Goofy driving a van Disney Vacation Club billboard at Walt Disney World has been painted with white primer.

Painting began earlier this month but the entire 3-D billboard is now white. Primer is added before new colors are painted over it.

Goofy remains in the driver’s seat, with Pluto looking out of the back window.

Blue painter’s tape is visible around the van windows and on Goofy.

The billboard is completely surrounded by scaffolding.

We don’t yet know if the billboard is getting a completely new paint scheme, or if it will look approximately the same as it used to. Keep checking WDWNT for updates.