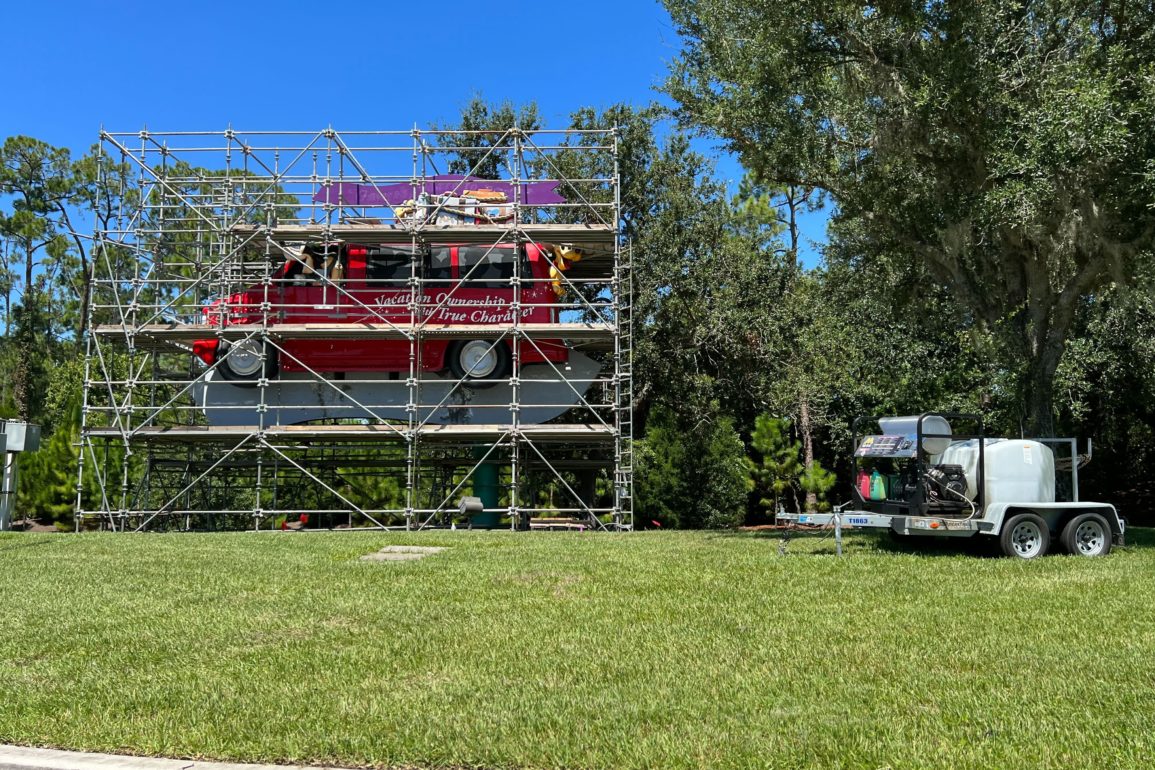 As much unique signage around World Disney World has disappeared, it seems the Disney Vacation Club billboard featuring Goofy may be getting some love and care!

Repainting has begun on the billboard, likely confirming that this is merely for a refurbishment, and not a demolition as we previously feared. On the purple banner above the van, the “Gawrsh, where to next?” text has been covered.

Just weeks ago, the iconic billboard for The Twilight Zone Tower of Terror was removed, leading fans to wonder if the DVC sign would be next. Luckily, it appears not to be the case. It should be known that it received a refurbishment last year, so an update now doesn’t necessarily secure its long-term survival.

Do you think that elaborate billboards need to go, or are they an important part of the Walt Disney World experience? Share your thoughts in the comments!