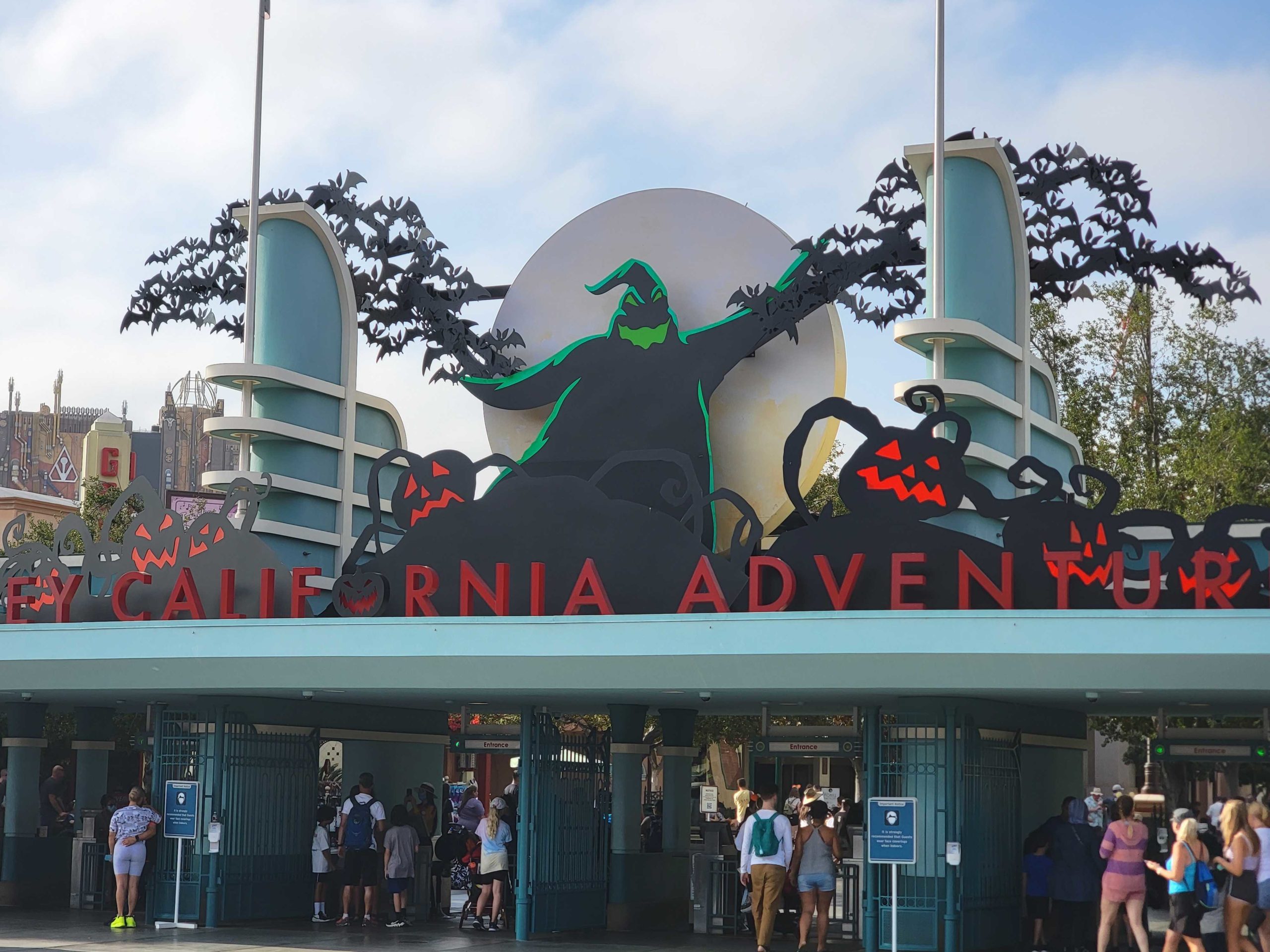 Don’t be scared, but Halloween decorations have arrived at Disney California Adventure. Cars Land is in the midst of its “Haul-O-Ween” take over, but more decorations can be seen throughout the park.

Flat jack-o’-lanterns sit around him, and one replaces the “o” in “California.”

Oogie is against a full moon, with black bats flying around him.

Candelabras have been installed on the Redwood Challenge Trail, which becomes Villains Grove during Oogie Boogie Bash.

The giant bear statue outside Grizzly River Run is ready for trick-or-treating!

Spooky faces made out of tires and traffic cones hanging between the telephone poles serve as the “Haul-O-Ween” version of Halloween decorations in Radiator Springs.

Rusted ghosts have been added to the sign for Fillmore’s Taste-in.

Spooky faces have been added to oil can decorations.

Spiderwebs are on the roof of Sarge’s Surplus Hut.

Giant bat wings extend from the Tow Mater sign. A ghost with the words “Mater’s Graveyard Jamboree” cover the other sign.

Car-themed gravestones have been erected nerby.

A “Honkin’ Haul-O-Ween” banner covers the fence next to Luigi’s Rollickin’ Roadsters.

The banner features Luigi and Guido as Dr. Frankenstein and his assistant Igor.

Orange accents have been added to the Leaning Tower of Tires outside Luigi’s Casa Della Tires.

A “Honkin’ Haul-O-Ween” sign sits in front of the tower, surrounded by more Halloween decorations.

Flo’s V8 Cafe has been decorated with chains and Spanish moss.

Orange and black cans of motor oil create large jack-o’-lanterns next to the cafe doors.

A “Happy Haul-O-Ween” sign and a car witch decoration are above the doors of Radiator Springs Curios.

Barrels featuring car skulls and crossbones sit in front of the shop.

A rusted screaming car is next to a tree.