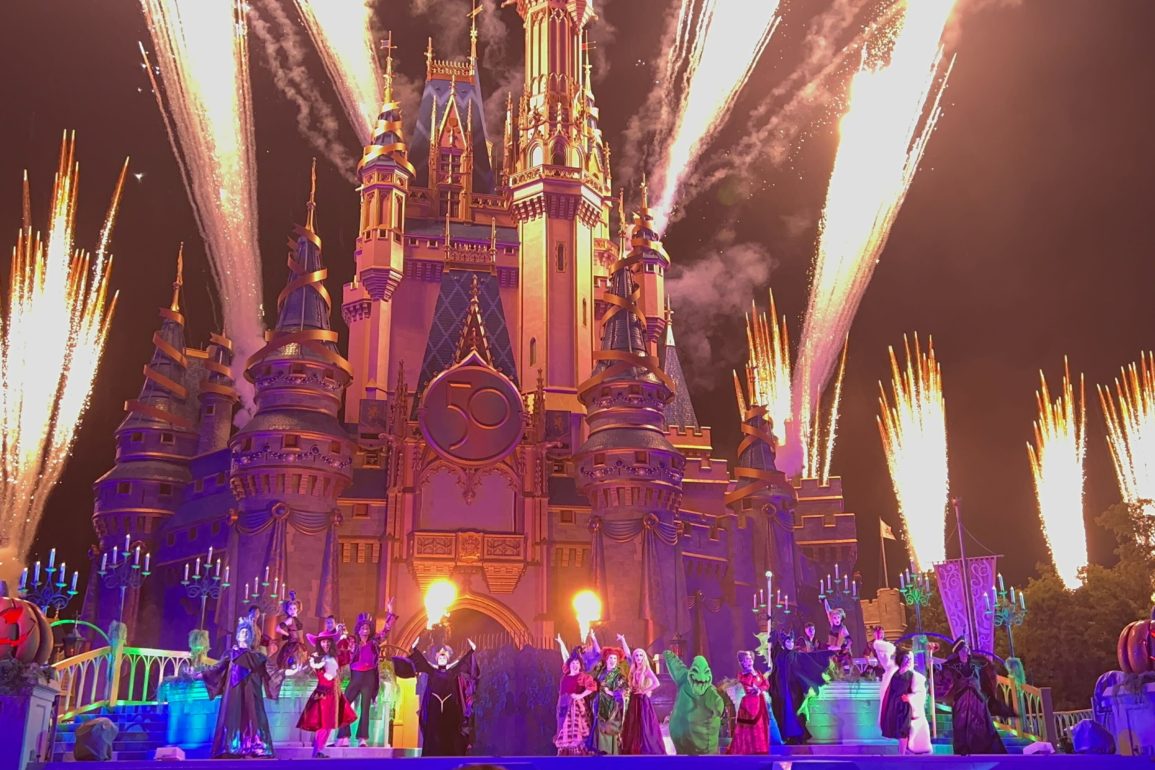 It’s the season of the witch and, after a two-year absence, the witches themselves are back! The Sanderson Sisters are once again performing alongside Disney Villains during “Hocus Pocus” Villain Spelltacular at Mickey’s Not-So-Scary Halloween Party. Unfortunately, the debut of this show was shortened due to inclement weather, but check out what we saw!

The Sanderson Sisters took the stage to say that the rain crashed the party.

Then they invite their friends to come out.

Then Winnie sang “I Put A Spell On You,” and the entire crew danced on stage!

The shortened show ended with small pyrotechnics and fireworks.

Check out the shortened version of the show here:

Previous
‘ROGUE ONE: A Star Wars Story’ To Be Re-Released in IMAX on August 26, With An Exclusive Look at ‘Andor’

Next
REVIEW: New Monster Cookie Ice Cream Sandwich Offers a Spooky Twist on a Classic at the 2022 Mickey’s Not So Scary Halloween Party