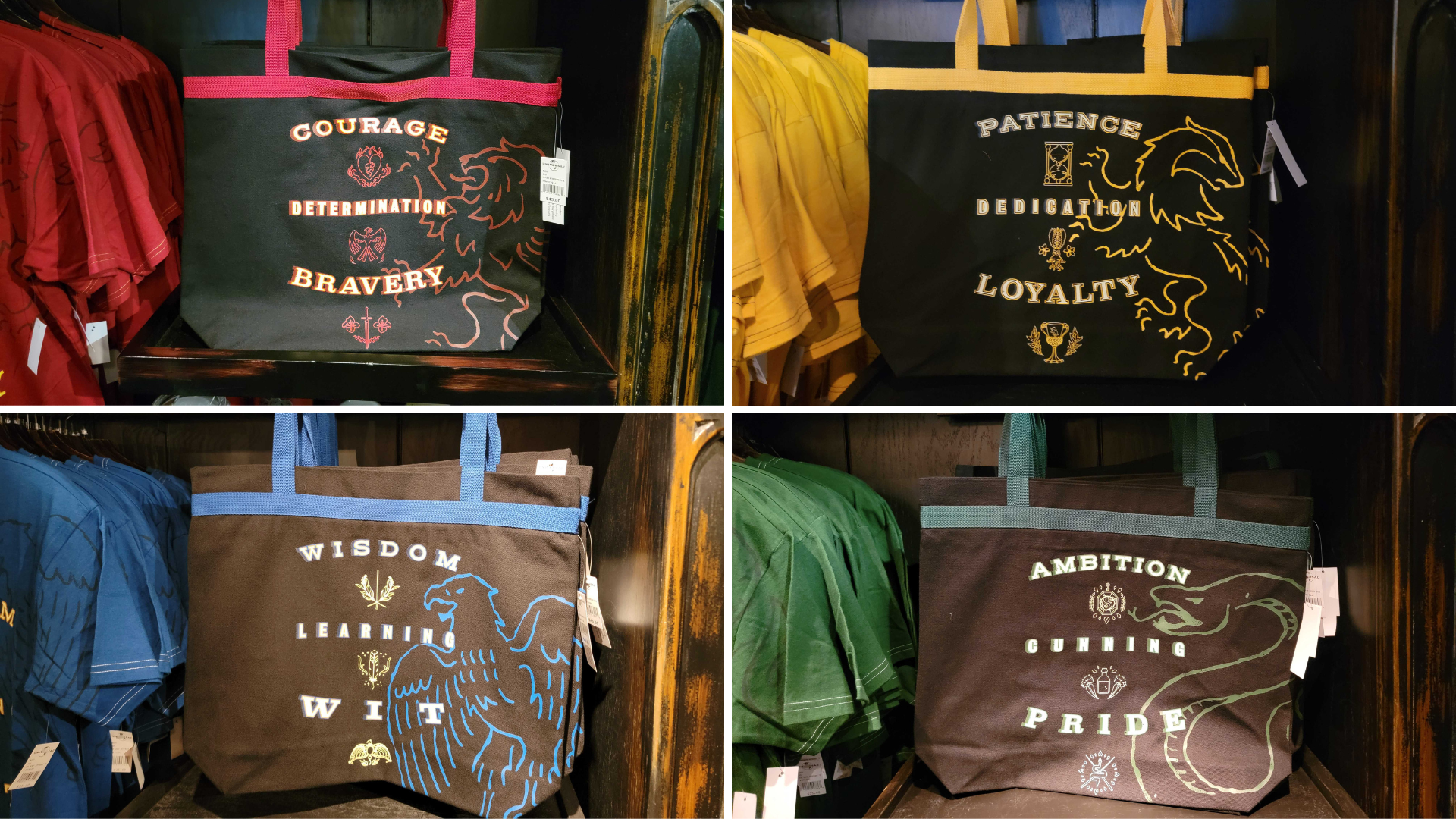 Head “back to school” at Hogwarts with us, and pick up one of these tote bags that celebrate the different Hogwarts House attributes!

The red trimmed tote with a phoenix, heart, and flowers is unmistakably Gryffindor, whose crest salutes “determination,” “courage,” and “bravery.”

The inside of the bag features a red and gold checkered pattern that showcases the different parts of the Gryffindor crest.

The House Cup and an hourglass are some of the symbols of Hufflepuff, whose yellow-trimmed tote features the attributes of “dedication,” “patience,” and “loyalty.”

The interior of this bag is yellow and black, the Hufflepuff house colors.

Each bag has a zipper enclosure.

While Ravenclaw’s house colors are blue and bronze, the checkered inside of this bag is blue and black.

This black tote with green trim features a snake and celebrates “ambition,” “pride,” and “cunning.”

Slytherin’s house colors of green and silver are showcased in the interior of this bag.

We found these bags at Filch’s Emporium at Universal Studios Hollywood.