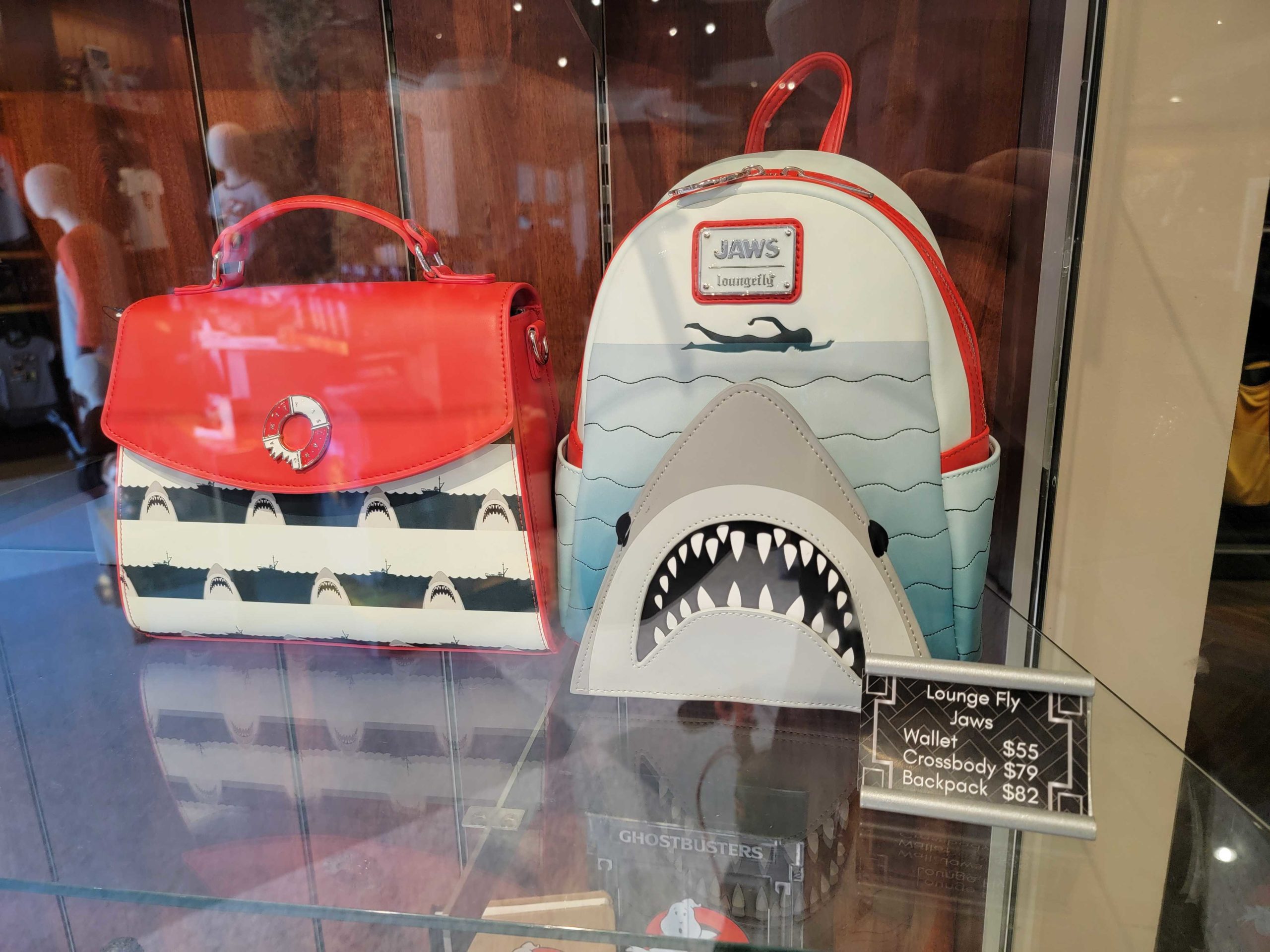 Just when you thought it was safe to go back into the shop… the “Jaws” Loungefly collection has swum back into Universal Studios Hollywood! This collection was available briefly at the beginning of July before disappearing from shelves.

The sign indicates the wallet is available, but it was not on display. We were not allowed to handle the bags without purchasing, but have photos of them from Universal Orlando Resort.

The art on each of the items is inspired by the iconic movie poster, featuring the great white shark rising up for a quick bite of a swimmer.

The shark actually hides the front pocket, which can hold smaller items.

The backpack has red straps and a basic white back. There is a neat touch, however, as a sign from the Amity P.D. has a warning for guests:

Meanwhile, the charm on the zipper of the larger compartment features a life preserver from Amity Island that’s had a large chunk bitten off of it.

The handbag features a striped shark pattern in navy and white, with blood-red accents. The top flap also has the live preserver charm.

The shark and Captain Quint’s boat, the Orca, prepare to fight for survival on the exterior pattern.

The interior lining features various “Jaws” iconography, including the shark, a bitten life preserver, the Orca, fish bones, and the movie logo.

The wallet has a similar design as the backpack, with the shark on one side.

The reverse side shows the Orca afloat at sea.

The interior lining is the same as the handbag. The clear window on one side features a hole shaped like a shark fin.

We found this collection in the Studio Store at Universal Studios Hollywood.