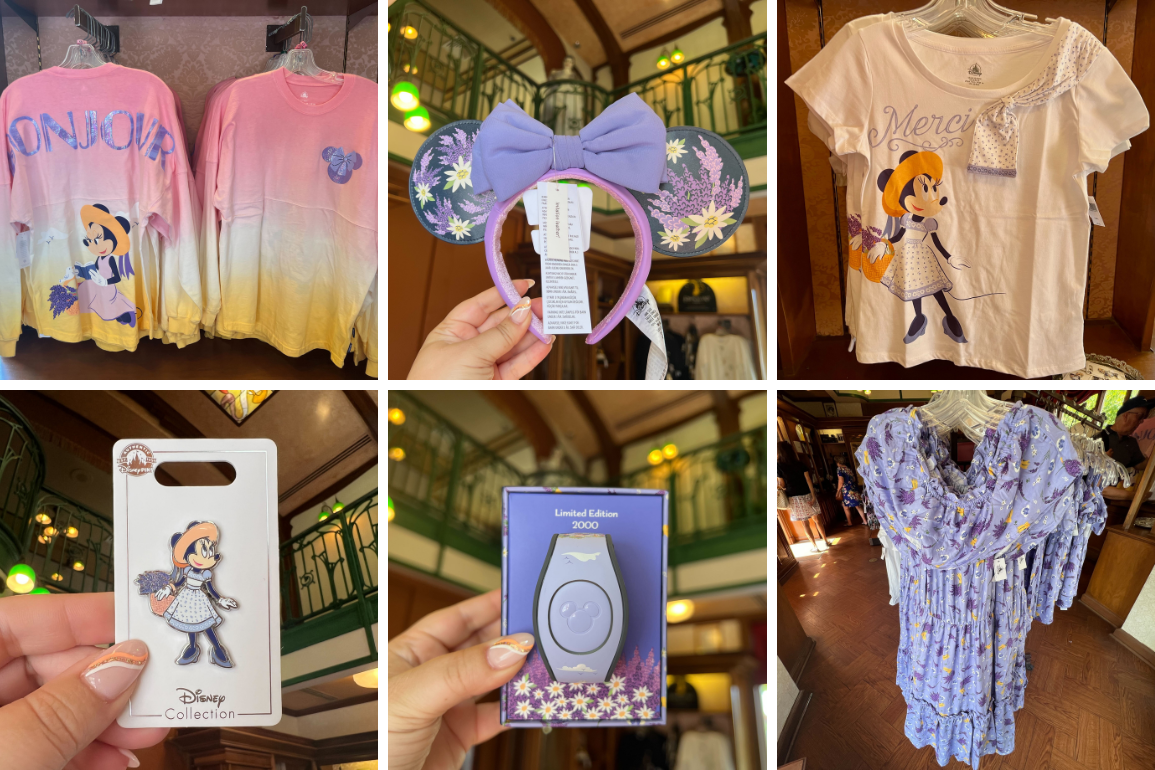 A new collection of merchandise has said “bonjour!” to the France Pavilion in EPCOT, and it stars Minnie Mouse in a lovely lavender look.

First up is this Minnie ear headband, which was previously spotted at the Disneyland Resort earlier this month.

The bow and the headband feature different shades of lavender, beautifully mirroring the different colorations on the ears.

Also included in the collection is this limited edition MagicBand, which has an edition size of 2,000.

The box features Minnie holding a bouquet of lavender while looking out over a French village.

The MagicBand uses the same artwork as what’s on the box.

The other end features a bird perched atop a basket of, you guessed it, lavender.

There’s also a Spirit Jersey that features a similar look, offset by a pink, white, and yellow background.

The front features the outline of Minnie’s head sporting a large lavender bow.

The reverse reads “Bonjour” in a (what else) lavender art deco-style font.

Minnie sits underneath, enjoying a book with her basket of flowers.

For the warmer weather, there’s this white t-shirt that shows off Minnie underneath the word “Merci.”

This was seen at the Disneyland Resort in mid-July.

It’s accented with a ribbon over one shoulder containing the same pattern as the dress Minnie wears, making it look very fashionable.

Of course, you can also look like Minnie with this lavender dress.

It’s decorated with plenty of lavender flowers, as well as a white Minnie head with a lavender bow.

This also debuted at the Disneyland Resort this month.

The back features a bow to tie the whole look together.

Finally, for younger fashionistas, there’s a youth dress that features the same pattern as the adult one.

Unlike the adult dress, however, this one is sleeveless, with straps to help keep it up.

We found the collection at Plume et Palette.