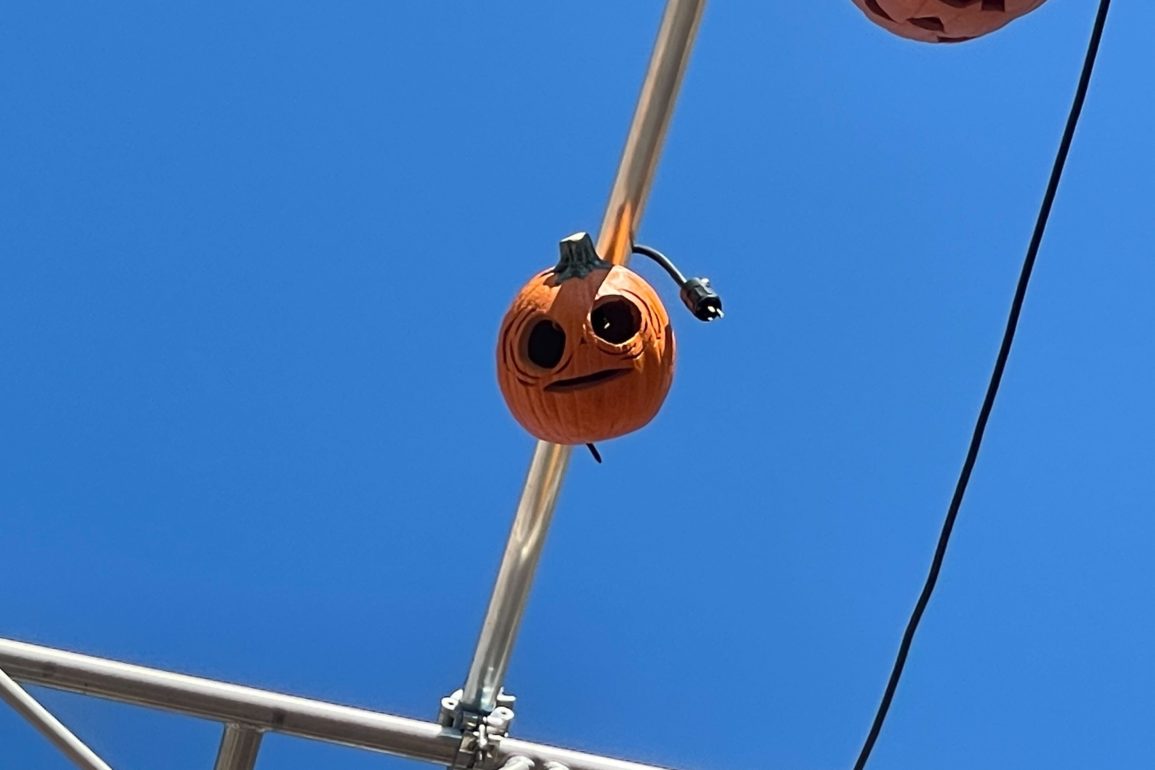 All the scare zones have been revealed for Halloween Horror Nights 31 at Universal Studios Florida, which means all that’s left to do is see it come to life. More props are being added around the park as the event draws nearer, so let’s see what’s new!

Over in Hollywood, Nettlewood Cemetery has a new gate erected on the side closest to Springfield U.S.A.

Opposite that are a well-aged gate and brick archway.

The half-arch and stand for Scareactors looks more decrepit than ever thanks to this old piece of a gate.

Another gate can be found outside The Darkoom.

Props have been added to this crypt near Café La Bamba.

Some trinkets have been left in memory of the dead. (Or should we say the undead?)

Some of the offerings include a bouquet of flowers and a well-loved necklace.

There’s also a memorial candle, not that these spirits can rest in peace.

A heart-shaped wreath of black roses has been hung overhead.

More offerings can be found on the side.

All hail the Pumpkin Lord! The trusses in Production Central now have plenty of jack-o’-lanterns hanging from them.

But while the Pumpkin Lord may have his domain, one pumpkin rules the hearts of Halloween Horror Nights fans.

That’s right, Lil’ Boo has found his new home for the season! You can find him hanging on one of the cables between the trusses.

Considering he’s already part of this year’s merchandise, it’s going to be a big Halloween for Lil’ Boo.

Finally, over in New York, Major Sweets has set up a stand chock full of candy.

Given that the candy tends to have bloodthirsty side effects, this may be a place to skip trick-or-treating.

Not that the candy doesn’t look enticing, mind you!