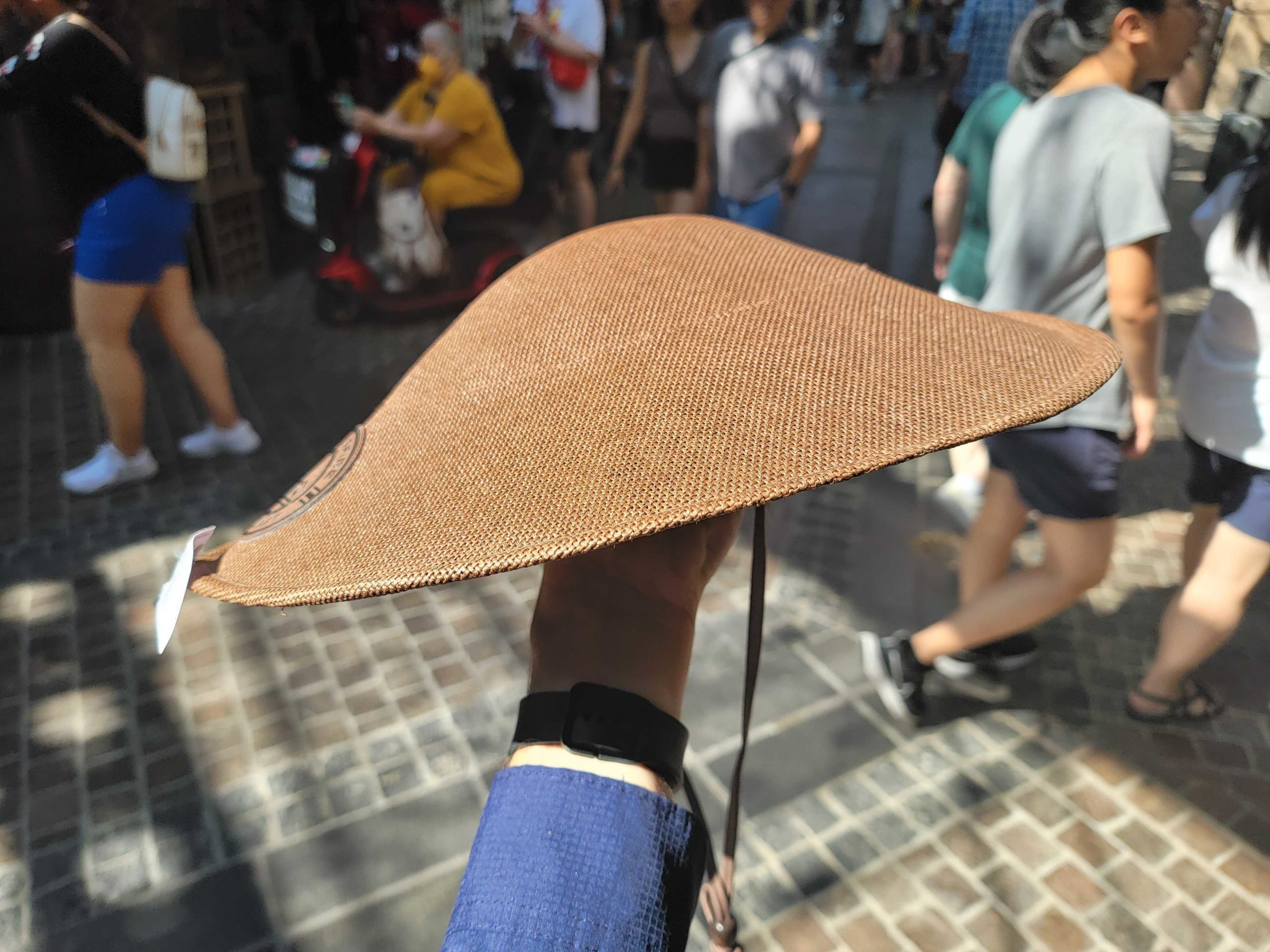 If you’ve ever wanted to look like a local on Black Spire Outpost, you’re in luck! There’s a new hat that’ll fit right in at Star Wars: Galaxy’s Edge in Disneyland.

The brown hat is modeled after the ones Cast Members wear around the land, as seen below:

The hat has a waffle-style fabric on the top that looks organic to the land.

On one end, there’s a patch for Black Spire Outpost.

A similar emblem was used on a belt bag that was released back in June.

Underneath the wide brim, there’s an intricate pattern that looks straight out of the world of Star Wars. It’s a neat way to help protect yourself from the twin suns of Batuu! We found this at Black Spire Outfitters.