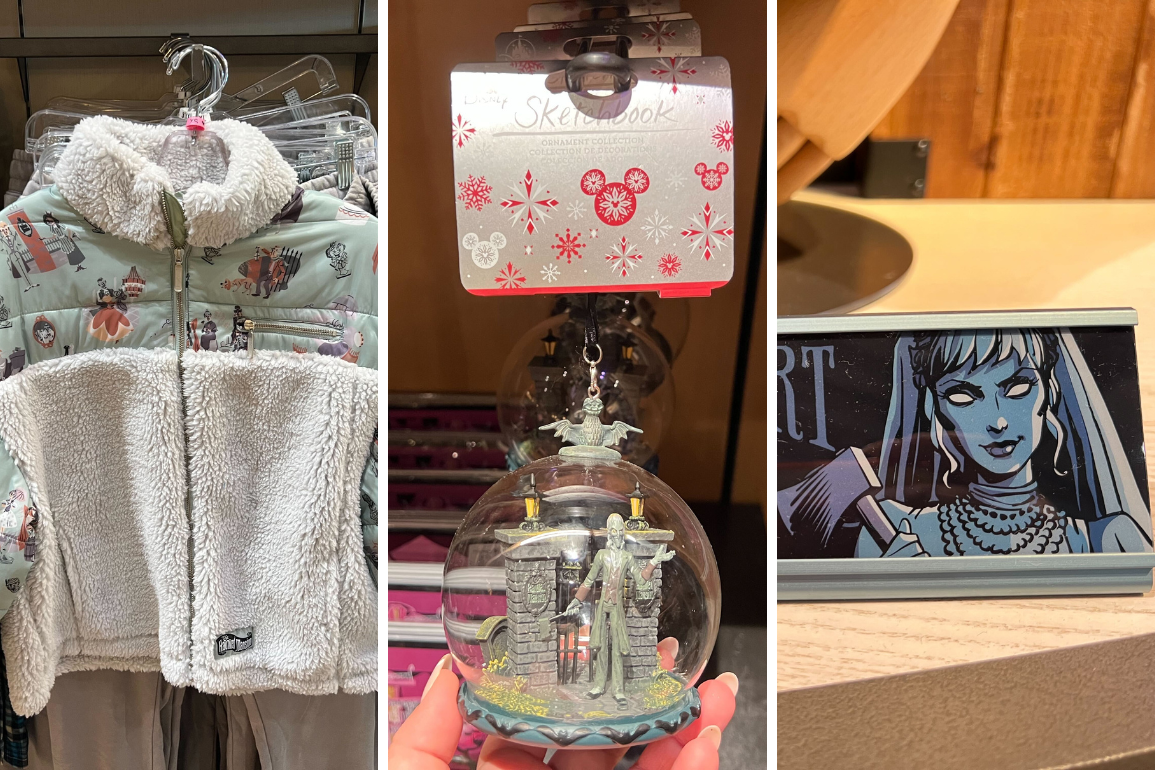 The grim, grinning ghosts of The Haunted Mansion are celebrated on new merchandise at Walt Disney World!

At last, the ornament that’s been the talk of WDWNT has arrived at Walt Disney World. When it released on shopDisney, the character featured was incorrectly described as Master Gracey, when in fact it was the Ghost Host. (The error has since been corrected.)

Our terrifying tour guide stands outside the gates of The Haunted Mansion, beckoning us to enter. (Just don’t mind the hatchet in his other hand.)

We found this at Memento Mori in the Magic Kingdom.

As the season of bone-chilling weather draws ever nearer, this puffy jacket is perfect for fans of the iconic attraction to fight off the cold.

The jacket shows off a collection of scenes from the ride, such as the stretching portraits, the singing busts, and a couple of spirited dancers in the ballroom.

The bottom has a tag with the attraction logo sewn on.

The white fleece seems more decorative than practical, as it doesn’t extend to the inside of the jacket.

Finally, the mansion’s blushing (or blood-stained) bride is displayed on this desk plaque, which includes the phrase, “I’m a heart-breaker.”

We found the puffy jacket and the desk stand at World of Disney in Disney Springs.

Need more styles from Gracey Manor? Check out this new nightshirt and weighted blanket that were also recently released!