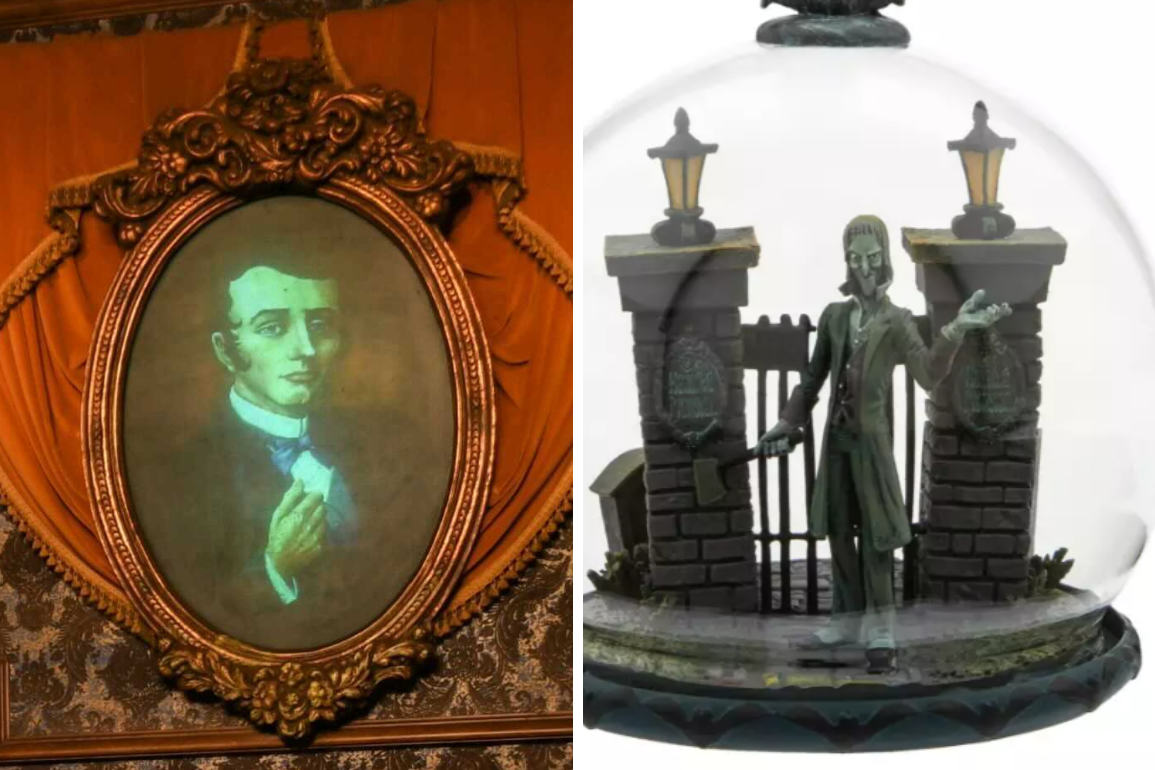 It’s Halloween season, and a ton of new Haunted Mansion merchandise has been released, including several new ornaments. One such ornament was released featuring a figure that appeared to be the Ghost Host in front of the mansion’s gates.

However, shopDisney lists the character as Master Gracey, clashing with previously established canon for the attraction.

The character depicted in the ornament is the Hanging Man/Hatchet Man, as seen in a portrait in the Haunted Mansion.

The Aging Man in the portrait has been used by Disney to represent Master Gracey.

A lot of discussion has circulated around the two characters, fueled especially by fan theories and leading to confusion over the true identities. The 2003 “Haunted Mansion” movie portrayed Master Gracey and the Ghost Host as one character.

Disney has previously confirmed that the Hanging Man and the Ghost Host are the same, while vehemently stating that Master Gracey is a separate character.

What do you think? Is this a mistake or a change-up for the backstory of one of the most popular Disney attractions? Let us know in the comments.