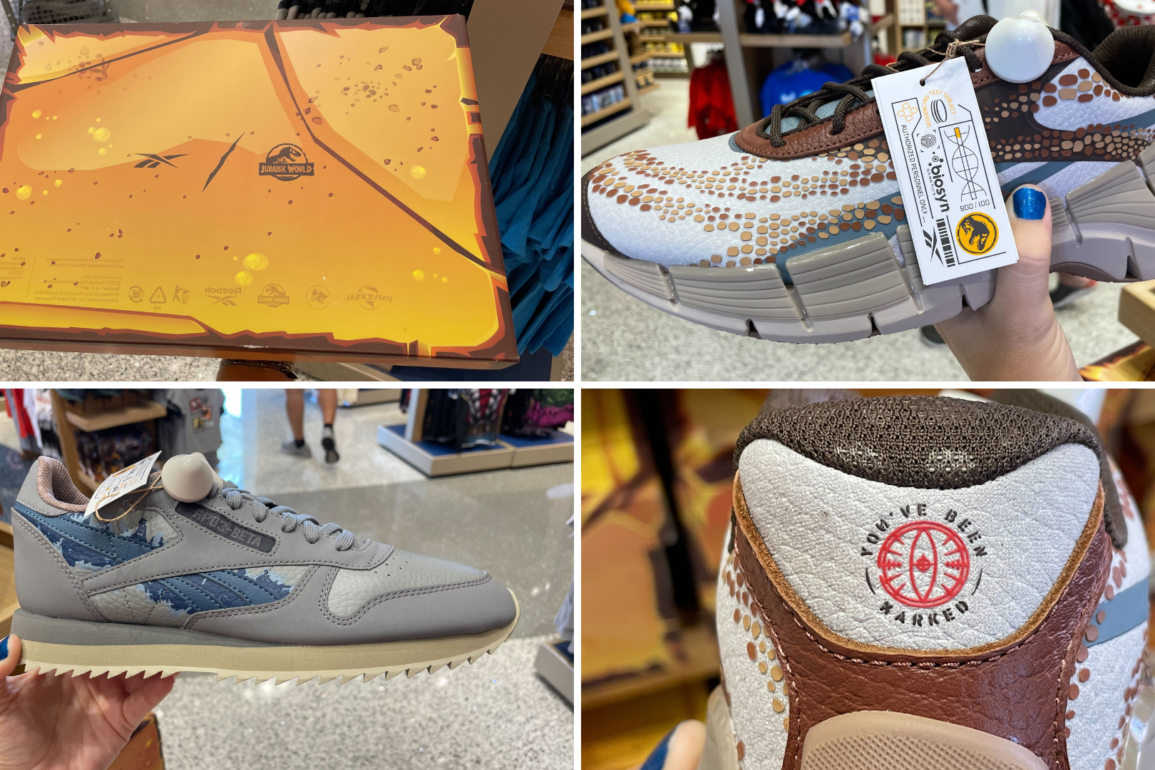 These sneakers are gray and feature the call names for two of the newest film’s famous velociraptors: Blue and Beta. The right shoe reads RP03-Beta.

The tongues on each shoe feature the logo for Jurassic World on one side, and the Reebok logo on the other.

The heel of these shoes feature a dino footprint.

Remember, it was all started by a mosquito.

The shoes come in a branded box that resembles the piece of amber from “Jurassic Park,” in which the mosquito that provided the dino DNA was found.

This is a unique pair of Reebok Zig Kinetica sneakers. The tag on these sneakers references “Biosyn,” a major player in the recent “Jurassic World: Dominion” film.

The mosquito makes an appearance on these shoes as well.

The heels say “Zig”, a trademark look of the Reebok Zig Kinetica line.

The heels of these sneakers have one that says “Let ’em out” and another that says “you’ve been marked” —both references to the new “Jurassic World: Dominion” film.

The inside of the sneaker features the Jurassic Park logo.

These shoes also come in the same amber-themed box.

Are you going to try to get your hands on a pair of these? Let us know in the comments.