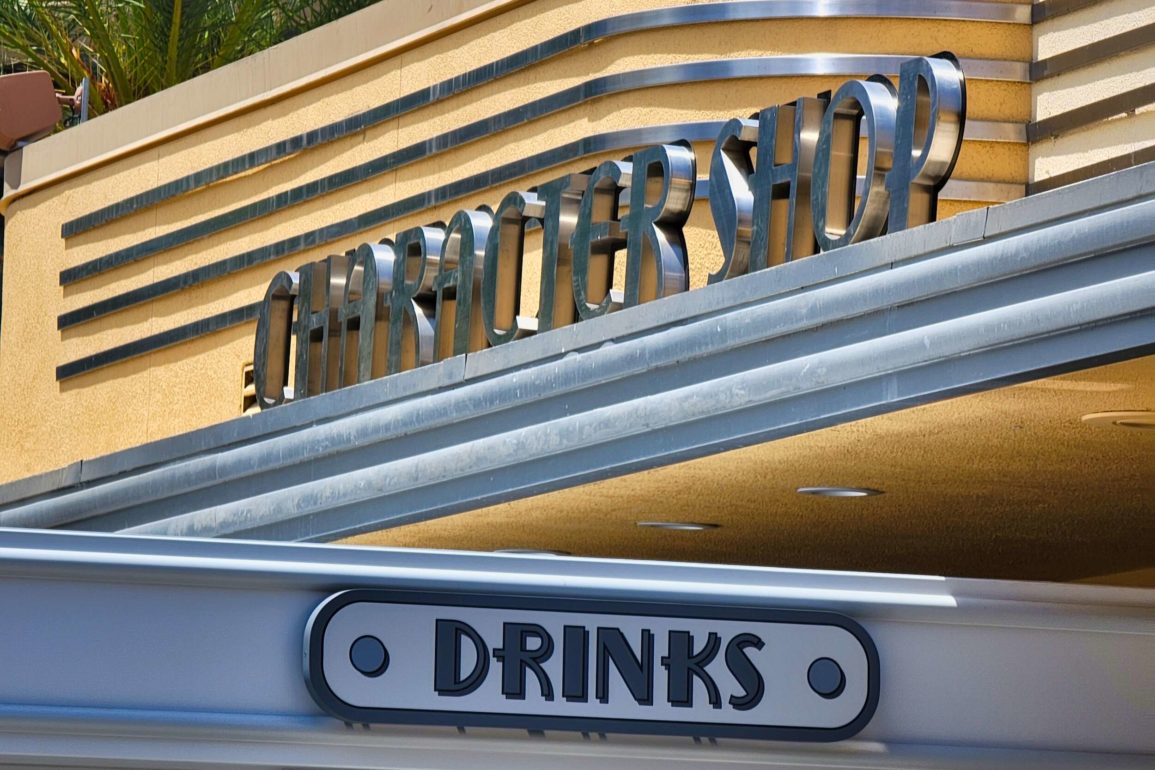 Atop the Curious George parking structure, a new wall is being built.

This is a favorite spot for checking in on the Halloween Horror Nights construction progress taking place in the overflow lot on the ground level.

Despite the new wall, there are still plenty of places to check in on the newly-announced “Scarecrow: The Reaping” house.

Although Pride month is long behind us, the Love is Universal collection is timeless and more additions are being released. This waist pack is classic and clean, with some fun rainbow accents.

Speaking of bags, we got a few more from the Super Nintendo World line, including this 8-bit backpack above and crossbody bag below.

We also found some new plush hats from the world of Nintendo.

Of course they had to be modeled by our reporter.

You can see how clearly thrilled this makes him, wearing a plush helmet with a dog collar in 95° weather.

We found some new drinkware sporting the Hogwarts crest, as seen above, and the house logos and attributes, as seen below.

And we found a super cool new wand surrounded in runes. This was Albus Dumbledore’s wand as seen in the “Fantastic Beasts” franchise, before he found the Elder wand.

The wand is surrounded in runes and another rune is found in the pommel. Follow the link to see what they mean.

This is one of the coolest bits of theming we’ve seen. It’s something most of us wouldn’t think about but it’s so much better than a regular yellow Wet Floor sign. It’s the little touches that really make the experience.

Inside The Wizarding World of Harry Potter, it was hot and crowded.

Several guests were upset because The Three Broomsticks was closed for kitchen maintenance.

The restaurants of Springfield were also closed for the same reason, leading to more disgruntled guests who were disappointed to not get a Krusty Burger.

The super creepy alien doll as seen in “Nope” is now available to take home and scare your friends. These dolls can also be seen lining the ground in Jupiter’s Claim on the backlot as part of the Studio Tour. Watch our whole video ride-through of Jupiter’s Claim below, and keep an eye out for the alien dolls scattered around near the Star Lasso Experience.

In Super Nintendo World, we can see some new decorations added to the skyline.

This tree and the stacked Goombas are the newest additions to the land.

And further away on the backlot, we can see another HHN tent being built.

What used to be the Studio Store on the Lower Lot has been closed for several weeks and the sign on the outside now reads Character Shop.

Our Martini Shot of the day is from the Lower Lot. It really is a hot day and nothing is effectively cooling us off. In one shot we can see the splash park of Super Silly Fun Land, at the top of the frame, the waterfall in the splashdown area of Jurassic World — The Ride at the center of the frame, an ice cream sign at the left of the frame and a mist running over everything from a nearby misting fan. But none of these things are enough to break the heat today, so we had to call it quits and go hide inside.