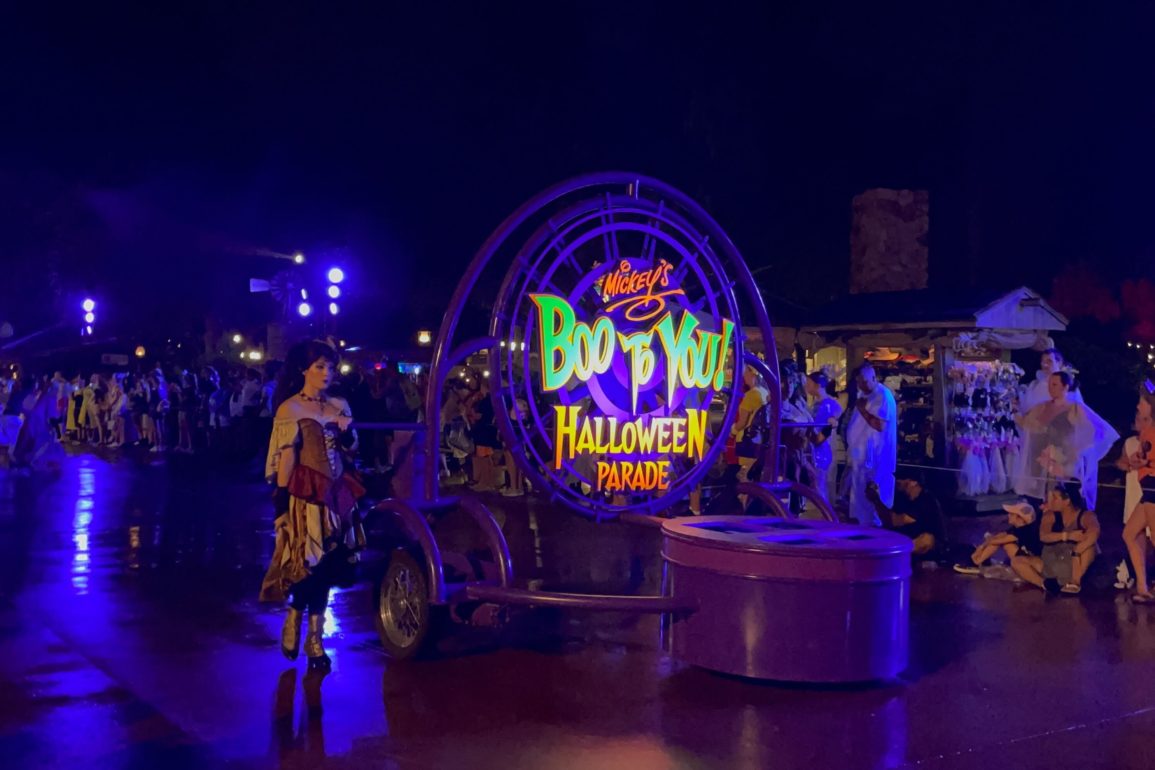 It’s the most wonderful time of the year, and Mickey’s Not-So-Scary Halloween Party has officially returned to the Magic Kingdom. One of the highlights of the party is Mickey’s Boo-To-You Halloween Parade, and below, you can check out photos and a full video of the first performance of 2022.

The Headless Horseman usually sets the mood with a ride through the park ahead of the parade, but he wasn’t present this evening because of rain.

We caught him on another party night, and you can see the Horseman ride through Magic Kingdom in our video below.

Mickey, Minnie, and all their friends are here to kick off the not-so-scary Boo-To-You Halloween Parade!

They are followed by Tinker Bell on a familiar treasure float.

Watch out for pirates as Captain Jack, Barbossa, and Angelica approach on a ship.

Then the Haunted Mansion section of the parade begins, starting with butlers with shovels.

The butlers are followed by the gliding ghost Bride.

The three Hitchhiking Ghosts appear on their own float.

If that’s too scary for you, Clarabelle Cow is on her way to lighten up the mood. She’s introduced by some hoedown dancers.

Clarabelle appears on a silo float.

She’s followed by Chip, Dale, and some Country Bears.

Clara Cluck waves to guests from her own henhouse float.

A spacey group of dancers lead Buzz Lightyear through the parade.

Mr. Incredible, Elastigirl, and Edna Mode are next.

The superheroes ride in an Incredibles car. They previously rode in small, individual floats.

These floats have had some upgrades since 2019.

Disney Villains, their sidekicks, and a skeleton band finish out the parade.