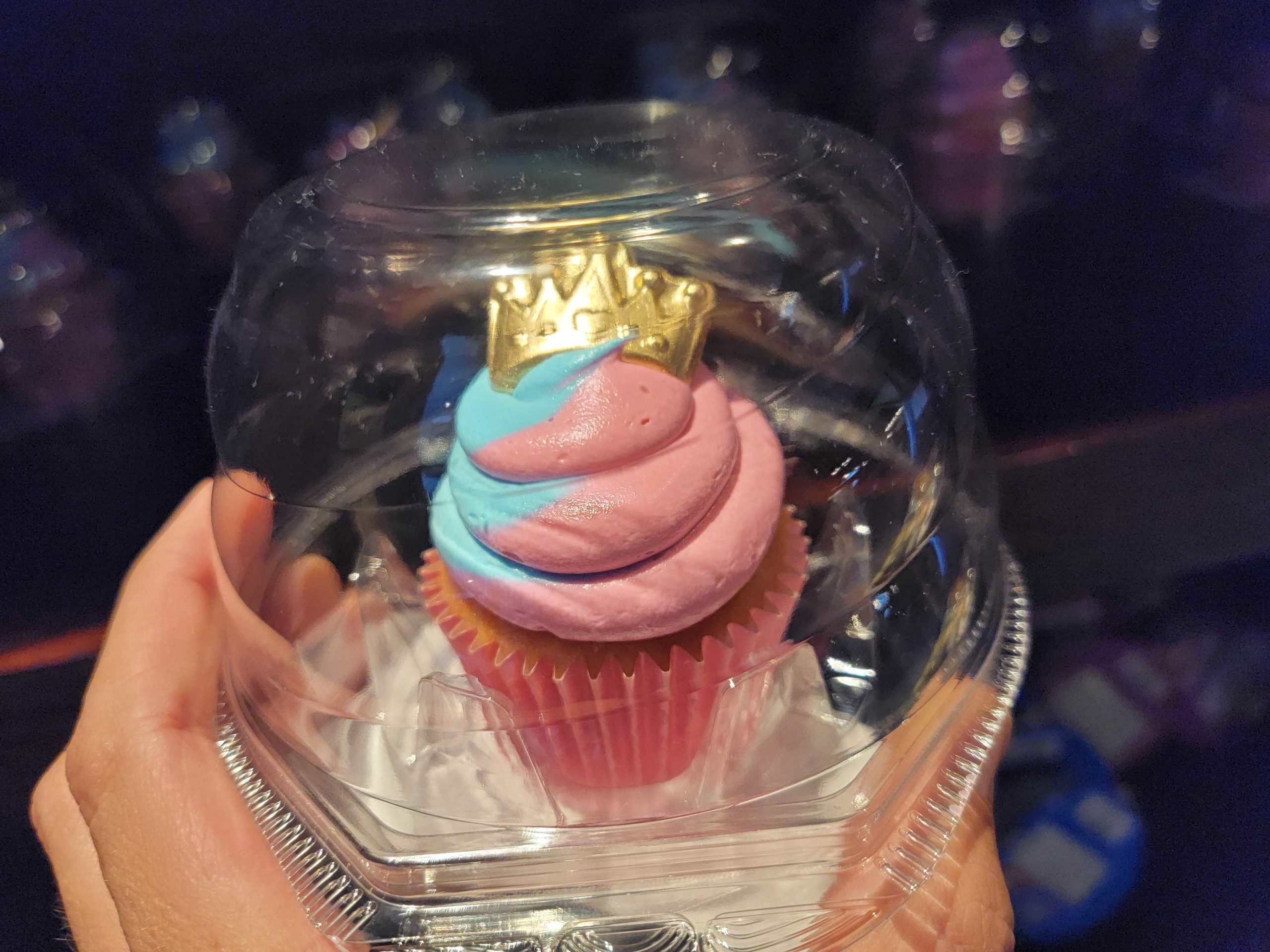 Vanilla with buttercream, pearls, and a crown

The buttercream on this cupcake is half blue, half pink, and a gold crown sits on top.

Ingredients are listed on the bottom of the packaging.

This donut is covered in blue frosting, with a golden crown and orange wheel pieces, so it looks like Cinderella’s Carriage.

What pastries will you be trying during your next visit to GCH Craftsman Grill? Let us know in the comments.

REVIEW: Pineapple Upside-Down Cake from The Boathouse at Disney Springs is the Absolute BEST 50th An...January 23, 2022
Both Disney Vacation Club Preview Dates Sold Out for Guardians of the Galaxy: Cosmic Rewind at EPCOTApril 14, 2022
REVIEW: New Sweetheart Sundae is a Perfect Valentine's Day Dessert at Disneyland ParkFebruary 13, 2022